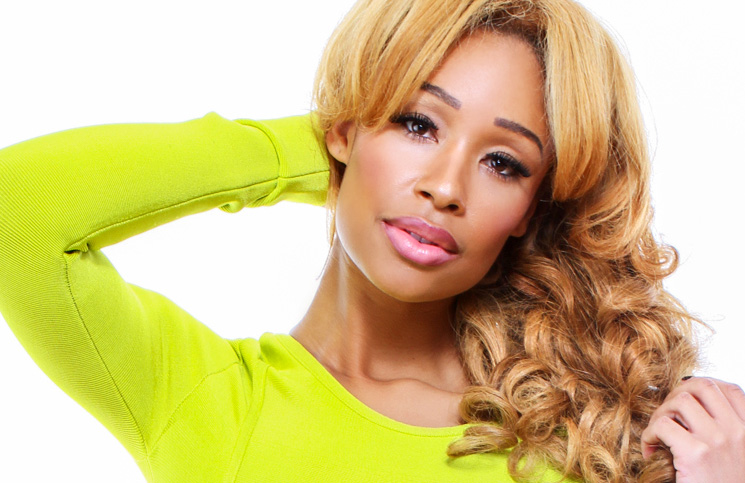 When we caught up with British actress Adi Alfa we got carried away with travel talk, giving the Queen a makeover, inspiring the younger generation and going goo eyed at The Cannes Film Festival. An absolute beauty inside and out, we found out what makes this free spirited, positive thinker tick… You’ve travelled around the world and studied in Liverpool but where are your top places to be and what memories do they hold?
For me I loved LA, I just felt at home there and every day I was smiling. It was like dreams were floating in the air and I was just happy, I also like to party and we did so every night in LA! I also really loved Thailand; the people are so lovely, especially the crazy lady boys! The weather is amazing, the beaches are like paradise and the price is ridiculously cheap (nothing not to love!) I loved Australia too, particularly Fraser Island. It was so beautiful, and such an adventure, at night the stars created a blanket around us as we lay on the beach at night; it was magical and inspiration for my tattoo.

You started Performing Arts from a very young age, how did you get into it all exactly?
I remember doing ballet classes when I was 5, ‘good toes, naughty toes,’ I loved Disney and it’s music, it’s mixture of song and dance. I found that I was quite good at performing and it filled me with so much that I knew I wanted to perform wherever and however I could.

If you had not gone down the path of acting, which avenue would you have gone for?
I probably would have done one of several things such as Journalism because I love writing and telling stories, the world is full of unimaginable stories! I could have seen myself as a Social worker as young people seem to respond well to me, I could have shared personal experiences within social work having been brought up in foster care but everyone tells me I would’ve made a great councillor as I’m a great listener and offer advice from both points of view, always trying to stay objective.

“I love make- up too and work as a Freelance make- up artist for the Bodyshop, I would probably have pushed that a lot more!” Using you’re beautician skills, for whatever reason who would you love to get to grips with and give a fresh new look to?
I would love to give The Queen a nice fresh look, a youthful glow, flawless skin. I’d update her hair do and give her a little lip and chin wax… done!

What is your favourite day time/night time make- up look and what make-up item do you swear by?
My favourite look for the day is flawless glowing skin with a natural lip colour and gloss to add fullness. For the night I like drama so it’s contoured cheeks, full lips and strong eyes with big lashes of course! The make- up item I swear by is a good lipstick- it can transform any look and enhance so many other features on the face based on its colour and whether it’s Matte or not.

“I don’t leave anywhere without my lashes! If you don’t want to wear make- up you will always look half decent with a set of lashes on!” You starred in Tamla Rose which was released in December 2013 and followed the trials and tribulations of a group of Motown backing singers trying to make the big time! Are you a fan of Motown music and if so what track gets you into the groove?
I LOVE Motown music, I love that whole era, the fashion, styles of music, vibes, that’s the main reason I was drawn to the film. I didn’t grow up with my mum but every week we would see her she would put her Motown on, so it reminds me of her. I can’t get enough of Diana Ross, The Supremes, Stevie Wonder and Marvin Gaye, I love them all.

Talking of tracks that you love, which song can you not get enough of at the moment and is there anyone in your music collection that would surprise us?
I am obsessed with ‘Drunk in Love’ by Beyoncé, you can feel her chemistry with Jay Z. I’m also loving Ariana Grande, that voice…wow! (Adi laughs as she reveals the true extent of her music collection) My play list is a mix of old, new, Disney, Rock, Pop. Other examples are Fabalous, Drake, The Lion King, Beauty & The Beast, Backstreet Boys, Kendrick Lemar, Lil Wayne, Phil Collins & George Michael.

If you were able to swap places with a leading lady and star in a film or theatre show that has already been, which role would you choose and why?
I would have liked to have played Patsy in the film ’12 Years A Slave’ as it is such an amazing story with such an important and inspiring role and more to the point extremely challenging.

“Lupita Nyong’o is an incredible talent and stunning, my new girl crush!”

You play the leading lady in The LDNs music video “I don’t know” which had a 80’s cop movie element. How was it to film for a music video rather than for a film role and do you have a penchant for any 80’s films?
I’ve filmed several music videos now and I love them, I love music so combining music and a bit of acting is a bonus to me. With music videos there is usually no or minimal dialogue, so you have to tell the story using facial expressions, showing emotion through the eyes. Music videos are very focused on how you look which is why they normally request models. You attended the Cannes Film Festival in May 2013, what if anything has topped that experience and how did it feel to be there and to have ‘made it?’
Well I wouldn’t say I’d made it…I have a long way to go but I’ll get there! Cannes was an amazing experience, the calibre of Hollywood actors you see, the red carpet, the night life, the atmosphere is all incredible. I will be attending this year also! I don’t think career wise anything has topped that experience to be honest but watch this space.

“My focus this year is double everything I have already done last year!”

Having come from a foster background how do you feel you can inspire children in the same position? What are your opinions surrounding fostering?
Well every experience is different with regards to fostering however the common thread is obviously growing up with limited contact to your biological family, everything supervised, rules, regulations etc. There is a lot of stigma attached to being a child from the care system but I’m always one for over throwing stereotypes! I hope I’m a positive influence for kids in care because it’s bloody tough, physically and mentally especially, without then experiencing normal teenage stuff.

I have strong opinions on the care system too long to discuss in this interview, but I have mixed feelings.
“I wasn’t brought up in a rough foster family (my second family) and I recognise that had I lived with my biological mother my life would have been an even bigger struggle, however everything comes at a price and foster care can do wonders if the people who want to do it to are doing it because they care and want to help and not just for the money.” We heard on the grapevine that you believe that everything happens for a reason. How do you remain positive?
I am a very positive person and that’s normally how people describe me, because to be honest I love life. I’m grateful that I’m healthy and alive and I have had so many wonderful experiences that even when there’s been really awful times, I just think ok that happened, don’t dwell on it because negativity can consume you, take over your life. I’ve seen it happen to people close to me and it breaks my heart.

If there’s something in your life that you are not up happy with then change it, we all have the inner power to do that. I’m a massive fan of the secret, motivational quotes and I’m quite spiritual too.”

Last but by no means least what advice can you lend to young people who dream of working in the same industry as yourself?
I would say, try and stay positive, don’t let down times get the better of you. You won’t be right for every audition you go to but it’s amazing that you got the audition in the first place so use it as a way of leaving a lasting impression, you never know when a role might come up that you are perfect for. Don’t be swayed by those around you, often close friends and family who will tell you to have a “back up plan,” give yourself a time limit or to give up completely. Not everyone will understand why you have chosen the artistic route but what they don’t realise is that you will struggle and work harder than any of them do/have.

“Finally, enjoy every second and grasp every opportunity you can, it not only develops you in your craft but will do you big favours when it comes to your credits or showreel material!”

Superbly humbling, I’m left feeling like I can take on the world with Adi’s breath of fresh air attitude towards life! We wish her more amazing experiences in 2014.