In truth, one official album release in ten years is by any standards poor. Furthermore, with one official release in that time you might expect that career to be over but Bilal is no normal artist.

Making his return to the musical radar, Bilal launches his new album Airtight’s Revenge.  It is an album that will grow on you as you appreciate his political opinions, thought stream and the (at times) brilliant musicality.  It will not be for everyone but it is hopefully the start of a more prolonged and sustained period in the musical arena for the artist, that artists love to love.

You seem a highly creative individual; where else do you express that creativity?

I have been drawing for a good few years I love drawing in black and white but I do not really show people my shit in truth but outside of music I love to pursue my love of art. The creativity on the album is at times even more experimental than usual. Indeed, this time I was not caught up in a studio and I was in my own kind of zone and I did not have any time restrictions and so that was good.

Were the first two albums created under more constraints than your present album?
Well I wouldn’t say that but certainly virtually every track on this album is produced or indeed had my input in it. 1st Born Second (2001) had a lot of different producers and so there were a lot of different sounds. In this album you talk about a plethora of different topics on a really deep level.
Well I have always spoken about different types of topics but on this album I am more retrospective as far as different questions that I had which I tried to solve.

Did you solve any?
In truth I did not solve all of them because I was asking a lot of big questions but you know you have to ask those questions.

Robots is a track where you really get deep, explain that track a bit?
Well with Robots, I was really toying with the concept that the world is governed by a few really wealthy people. And so running from that I was just really looking at the whole rat race we all go through. You might think you are getting to the top but really you are a cog in this vast machine.

What about the title Airtight’s Revenge it seems an obscure title.
Well back in the day I used to read a lot of Iceberg Slim and one of the titles was Airtight Willy and so I developed that from there. The “revenge” bit came as a result of my last album which was supposed to come out but was bootlegged. That time was a downer for me at the time and it was discouraging but what happened was that over the internet I got a lot of love and it kind of started me touring again with my band.

So every cloud has a silver lining in effect?
Well yes, Love For Sale (2006) was a deep album that I wanted to be creative in. My label phoned me up and said that they were going to change it and I was really disappointed. But people showed the love for the bootlegged version. This album is my musical revenge to those labels. 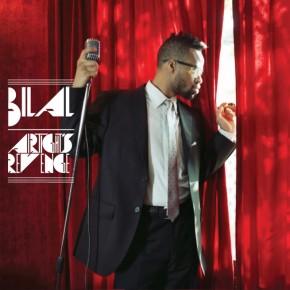 As an artist you seem to be like the UK’s Omar where you are highly respected but still yet to achieve the truly massive appreciation that your talent deserves.
In a sense yes I expect so after my first album I did not really have an album. The good thing about Omar is he is able to continually put out projects. I only had one album come out in the nine years.

So Airtight will be the beginning of a steady stream of material from you this time without the massive gap?
Yes definitely, extensive touring and just building up that hype.