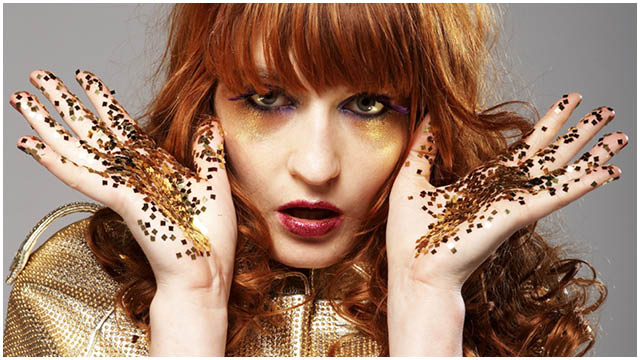 BRIT Award winners Florence + The Machine and Platinum-selling, multiple Grammy winner musician Kendrick Lamar are the latest to add their moniker to the illustrious list of former and future Hyde Park stars. A triumphant homecoming in London for Florence Welch, it is affirmation of her huge success since 2009’s debut album Lungs, which made her a household name in the music world. This year Florence returned with How Big, How Blue, How Beautiful which became her third album to reach number one, topping the charts in 7 countries including the UK and USA and was recently nominated for the Mercury Prize.

Florence + The Machine stepped up to headline Glastonbury Festival at the last minute when Foo Fighter’s Dave Grohl broke his leg. Florence more than rose to the occasion proving herself to be one of the best live performers in the world today.

One of the most acclaimed hip-hop artists of his generation, Kendrick Lamar joins Florence + The Machine on July 2nd. The Compton, California native has been compared to Bob Dylan by Pharrell Williams  who has also credited Kendrick with re-energising hip hop. His latest album, To Pimp A Butterfly, has been hailed as a masterpiece while garnering international critical acclaim. Kendrick Lamar in Hyde Park will be an unmissable experience.

Joining Florence and Kendrick on this line up is Jamie XX. Founding member of seminal group The xx, who won the Mercury Music Prize in 2010 for their debut album xx, Jamie has since gone on to huge solo success, working with a plethora of the worlds biggest artists such Adele, Alicia Keys, Radiohead and Barclaycard presents BST Hyde Park’s very own Florence + The Machine. Alongside his many projects was the internationally acclaimed album with Gill Scott Heron, released in 2011 it produced the hit single ‘I’ll Take Care Of U’ which went on to be sampled by Drake on his track Take Care ft Rihanna. More recently, Jamie released his debut solo record In Colour to critical acclaim, reaching #3 in the UK, it has cemented his status as the go to producer, and man of the moment. Hyde Park awaits what will surely be the set of the summer.

Hyde Park will also welcome the incredible, Blood Orange. Blending electronica and R&B, Blood Orange is the latest musical project by British singer and producer, Dev Hynes. A regular on ‘Cool Lists’ for almost a decade, Hynes launched Blood Orange in 2009 and has produced two widely acclaimed albums including ‘Cupid Deluxe’ which Pitchfork described as one of the “best albums of the decade”. During the Blood Orange era, Hynes has also penned tracks for FKA Twigs, Sky Ferreira, Carly Rae Jepson and Solange, making him one of the most in-demand songwriters in the world right now.

Barclaycard presents British Summer Time Hyde Park will reunite Hynes with Florence Welch. Not only did he tour with Florence + The Machine in 2012, he also collaborated with Welch on her hugely successful album, ‘Lungs’.