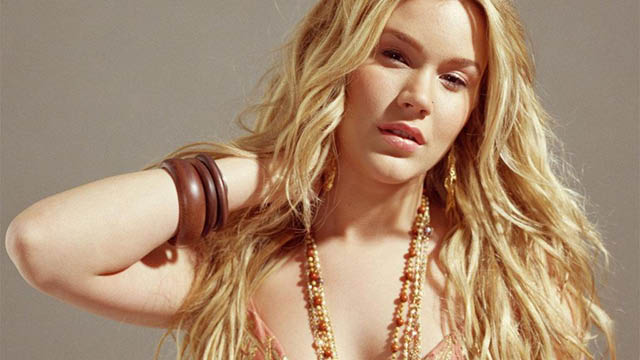 Burt Bacharach returns to London and to one of his favourite venues in the world, the Royal Festival Hall, on July 4th for a unique concert in the capital, as part of his Summer UK shows.

In this prestigious and highly anticipated concert Burt is joined on stage by the remarkable singer and performer, Joss Stone along with his band and full orchestra.

Last year, Joss thrilled the Royal Festival Hall audience as she sung on Burt’s TV special concert, ‘A Life In Song’ which was broadcast on the BBC and subsequently throughout the world.

This year in a unique very special concert she will bring her dazzling voice to a collection of Bacharach hits. Joss’s mix of her R&B, Soul drenched voice along with her innate musicality, beautiful and heartfelt phrasing will be sure to make this an unforgettable night.

Burt commented: “I am thrilled to be sharing the stage once again at the Royal Festival Hall with Joss Stone. She is a wonderful and gifted singer and it will be an honor to have her perform my music.”

Joss commented: “I’ve been listening to Burt’s songs since I was young, through the voices of Dusty Springfield, Dionne Warwick, and Aretha Franklin to name a few.  He is a living legend and it is an absolute honour to sing with him.  I feel very lucky.”

Bacharach’s global audiences span several generations, and he is viewed as the unique combination of one of the greatest composers of all time and the ultra-cool cult hero of the contemporary music set. He continues to woo audiences all over the world with his incredible body of work – last year he took Glastonbury by storm.

Joss Stone rose to fame in 2003 with her multi platinum debut album, The Soul Sessions. As the youngest singer to top the UK album charts, Stone has won  a Grammy, two Brit awards and has had four consecutive albums to reach the Top 10 in the US Billboard album chart.

For this special one off concert, expect to hear some of his most unforgettable hits including I’ll Never Fall In Love Again / The Look Of Love / I Say A Little Prayer / Walk On By / Anyone Who Had A Heart / Raindrops Keep Fallin’ On My Head / (They Long To Be) Close To You / Do You Know the Way to San Jose / In Between The Heartaches/ This Guys in Love With You and many many more!