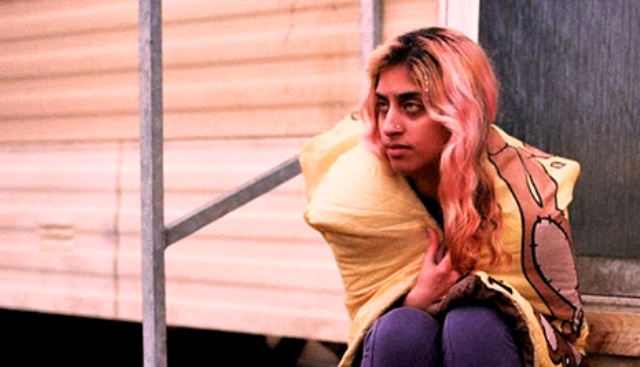 With the release of the extremely harrowing and disturbing British film, Catch Me Daddy, about to hit our screens, we had the opportunity to speak to the lead Actress and BIFA most promising newcomer winner Sameena Jabeen Ahmed to talk about the film and how exactly her casting for the role happened considering she has no previous acting experience.

Your character Laila goes through a pretty tough time in Catch Me Daddy, In your own words tell us about your character.
She’s a strong and independent young girl, trying to find her way in life. She’s trying to find the best path for her. She doesn’t want to be held back by her family and rebels against that.

You were street cast for the film, how did that happen?
Well I was approached by a woman on the street and she asked me if I wanted to be in a movie. In the middle of the street, It happened just as I said it. At first I thought she was just pulling my leg, I quite dubiously said er OK. She asked if I could come in for an audition, so gave me some details and told me she would ring me. I thought to myself she probably won’t ring back and thought nothing more about it. Then a few weeks later she rang me back and asked me to come in for the audition. Altogether there were 600 other girls auditioning for the part. When I found out I got the part I was so excited, I couldn’t quite believe my luck.

The film is extremely harrowing, tense and disturbing; I came out at the end needing a hug. For your 1st acting role this most of been difficult to play. Where did you get your inspiration from for your role?
Daniel Wolfe (the Director) told me the things he wanted from me, he guided me, telling me what scenes were coming up and that I should get my head in a dark place. Before each scene I had about 10 minutes to myself to get my head in the right place, try to get in her frame of mind for the scene to be shot how he wanted. Most of the time I stayed in character throughout my whole time there. It wasn’t until each day I was filming I got told what we were doing so I didn’t watch any films that could inspire me or anything like that.

That’s very impressive; a lot of actors/actresses spend a lot of time researching their roles in preparation.
I knew the storyline but each day I didn’t know what we were filming specifically so I just went with it.

I read that FKA Twigs was brought on set in order to help you dance, your a young woman, don’t you go out clubbing?
I don’t dance and I don’t like dancing, but she taught me a few moves and techniques that went along with the song I had to dance to in the film. We just took it from there, doing a bit of dance practice. It was actually quite difficult, but thanks to her it worked out. I don’t do the whole clubbing thing.

I have quite a dark mind and always think the worst, so come the end of the film I thought the worst had happened. Why do you think the ending was left so open to interpretation?
I’d like to think it’s because the Dad had so many things to think about, He had just got his daughter back after she run away but then he had also just found out his son is dead and that she killed him, he had all these things he had to think about. It’s left to the viewer to make up their own mind, it keeps them guessing after they have left the film. It makes an impact which stays with the audience.

You come from an Asian background yourself, have you experienced or witnessed anything to do with the so-called honour killings and everything that surrounds that subject yourself?
I haven’t no, but I think it is a very good topic to get out in the public and discuss because it does happen. People hear about it but don’t know enough about it, they just assume certain things and they don’t understand why it has happened, it’s good that it will lead to discussions and people may become more educated about it.

What attracted you to working with the Wolfe Brothers on this film?
I don’t know anyone from this world so it could have been anyone really; it was an opportunity I couldn’t turn down. I’m just not very good with films so I just don’t know. It could have been one of the big movie directors and I wouldn’t have known until I got told. I looked up to both Daniel and Matthew, at the end of the day I saw them as my boss, they would tell me what to do and I would just do it. It was good as were able to talk to each other and get what we wanted quite easily. Over the weeks I started to understand the way he worked so it was easier to go with the information he gave me. At first he didn’t really give me much direction and I had to question him how he wanted certain things done and he would say just do it how you would normally do it. There was quite a bit of improv. Sometimes he was quite tough on me, he didn’t matter that I had never acted before. As the weeks went on we did start to bond, we had a love of strange deserts and I could be quite sarcastic with him, which at times I don’t think he quite understood what I was saying (laughs). We managed to have quite a lot of banter on set after he learnt my form of sarcasm.

With this being your first film, has this now given you a thirst for acting?
Oh yes I hope so, I had so much fun. Nothing else has come through yet as it’s too soon but let’s see what happens after this film has gone out.

Everything seems to have blown up for you, The BFI has backed you and you have won the British Independent Film Award for Most Promising Newcomer. How you feeling about all this?
The first award I had won I was just speechless, overwhelmed and just couldn’t believe it. I actually questioned was it my name they called out, it sounds like my name. I was so happy that my efforts had actually been noticed, I had no idea I was good enough. I just did the best I could to make the movie as good as I could. I never imagined my performance would be singled out too.

Did you ever contemplate becoming an actress? What did you do before your big break?
I was a Sports Coach; it never even crossed my mind to become an actress.