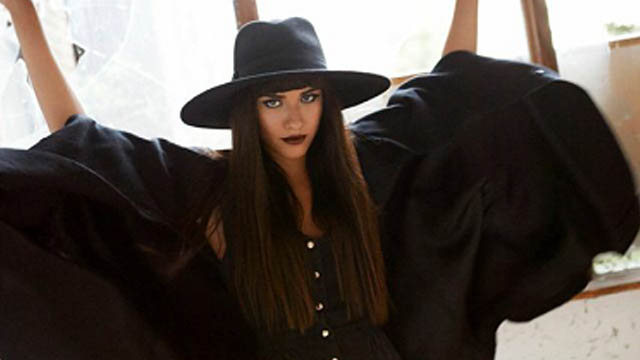 This April will see Charlotte OC set off on tour with Communion for their New Faces tour stopping at a string of esteemed venues throughout the UK. The tour proceeds the release of Charlotte’s new EP ‘Burning’ which releases on March 16th through Polydor Records.

On its third instalment, the tour will feature a rotating line-up each night of the UK’s most hotly tipped artists which it has become renowned for, allowing Charlotte’s bewitching pop to be supported alongside shows from Frances, Tenterhook and Freddie Dickson. The lead track to the EP ‘If My House Was Burning’ is produced by Rich Cooper (Banks, Friends), Paul O’Duffy (Amy Winehouse) and co-produced by Tim Anderson (Solange, Sia). An atmospheric track that captivates and demands attention from the outset with Charlotte’s powerful vocal panache delivered over a constantly building melody. The EP is complemented with a second track ‘On & On’ produced by Rich Cooper.