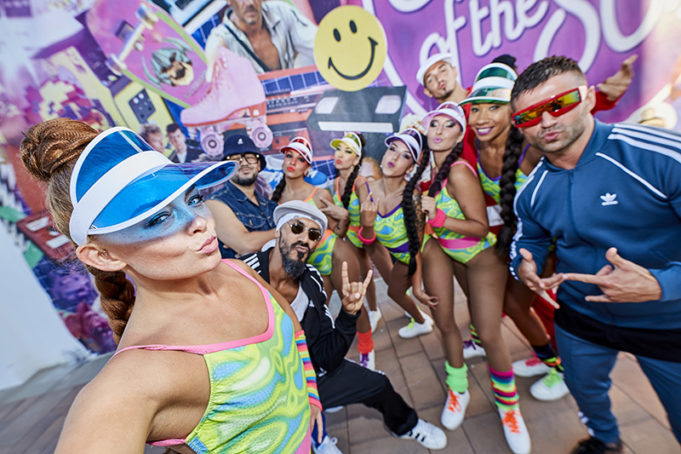 Alphaville, Gala and Snap! among the headliners for the 2019 ‘Children of the 80’s’ parties at Hard Rock Hotel Ibiza, every Friday from 31 May to 27 September.

Brace yourself for addictive old skool vibes and hypnotic performances with the likes of German synth-pop band Alphaville, which will take place every Friday from 6pm for 18 weeks with music icons from the eighties and nineties will take it in turns to headline the event, including British rapper Ice MC (7 June), Danish singer Whigfield (21 June), and Spanish duo OBK (28 June).

Known as ‘the queen of house’ and the ‘diva of dance’, legendary singer and songwriter Barbara Tucker will be gracing the stage four times over the course of the summer, starring in ‘Children of the 80’s’ parties on 14 June, 19 July, 23 August and 20 September.

There will be a tribute to British music royalty on 5 July with Queen Machine paying homage to Queen, followed the next week by Italian pop star Gala on 12 July. The music of Whitney Houston will feature on 26 July with Queen of the Night.

Cover band U Rock will keep the Hard Rock legacy strong on 6 September with their renditions of the biggest anthems from yesteryear, followed by Italian Eurodance act Double You on 13 September. Tickets to ‘Children of the 80’s’ are priced from €18 and can be purchased via www.childrenofthe80s.com. Rooms at Hard Rock Hotel Ibiza are priced from £146, based on two people sharing and including breakfastwww.hrhibiza.com.