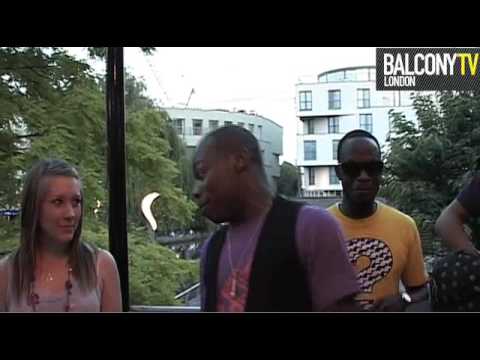 Last night at YoYo’s, Nottinghill Gate Clement Marfo & The Frontline were killers, murdering doubt and disbelief with an incredibly high energy performance. On-stage interaction between the band members is one of those wonderful things that puts The Frontline in a league of their own. Incredibly catchy singalong hooks on songs like ASAP make it clear to see why they’ve been listed in ILUVLIVE’s 2010 Ones To Watch. Marfo pulls no punches with the verses either. Greatly improved from the times when he used to order more Malibu than Coke, Lights Out shows the lead lyricist delivering rapid lines with crystal clarity.

The flow? Tighter than a virgin’s wife. The lyrics? A cleverly assembled mix of positivity, inspiration and thought-provoking one liners. With fans, fellow artists and industry heads seen rocking to the sound of this truly unique indie/hip-hop band it won’t be long before they’re signed and touring throughout the UK. But if I were you I wouldn’t wait until then. Check out www.myspace.com/clementmarfo to see what venue they’re rocking next.