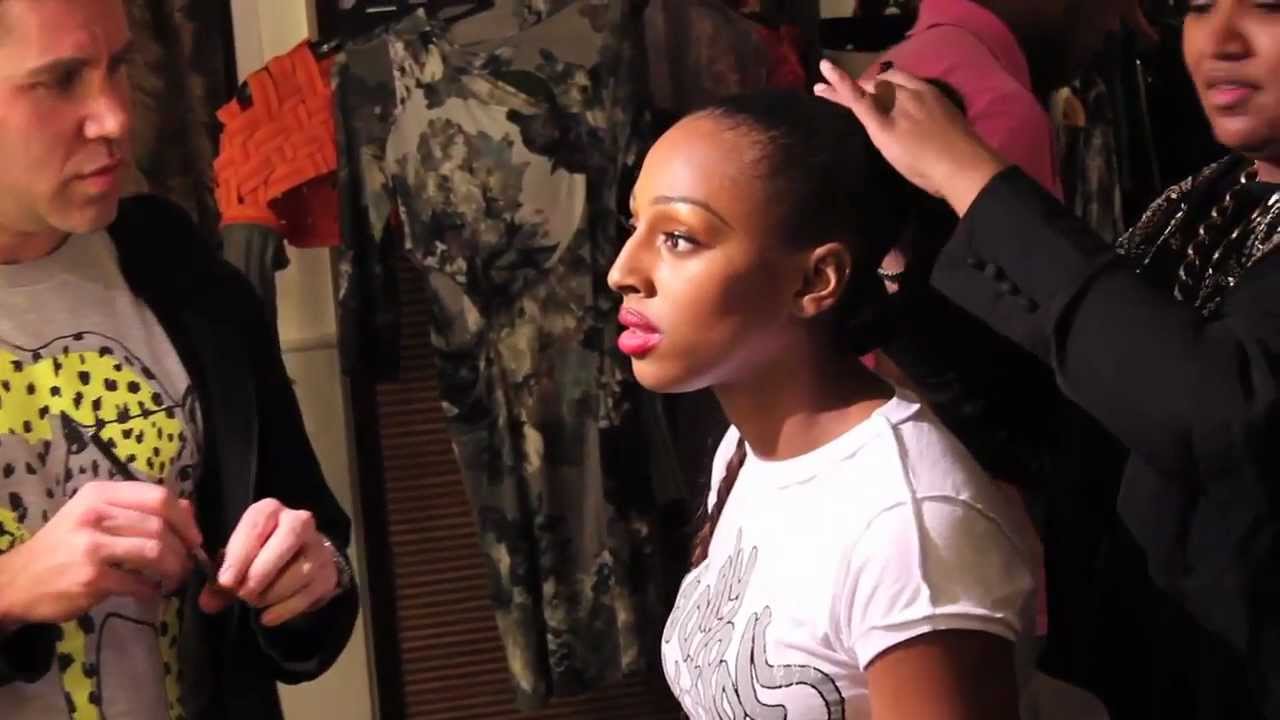 So this month our guest editor Ashley Walters catches up with the ultra-sexy and very feisty Alexandra Burke, following her sizzling photo shoot for Flavour. Not one to be shy, it didn’t take long for her to give us the lowdown on her love life, fantasy man and career path. The talented songstress also shares a few secrets on her album, family life and what makes her go weak at the knees… Beautiful Alexandra Burke, how are you, how was your shoot?

It was amazing, and it got even better when I found out you were going to be interviewing me. I found out two hours before bed last night. I got excited.

Why do you have so many names?

Blame my mum. So basically, there’s a story behind each name: Alexandra is me, Imelda is my mum’s name, Cecelia is my great nan’s name, Ewan is my grandfather’s surname and Burke is my dad’s surname.

Yeah, there’ a lot happening! I just tell people my name’s Alex; it’s a lot easier than revealing the whole story about it.

So four years ago you obviously won X Factor, do you still remember exactly how it felt when you won?

Yeah! Oh my God… I get speechless when I start talking about it – I was so numb! It was the most extraordinary feeling ever known to man because I didn’t think I was going to win. It was an absolute honour.

As a seasoned professional, what advice can you give to any up-and-coming artist?

I would always tell them to be themselves. At the end of the day we’re all original, we’re all unique and there’s enough space for us in this industry. I feel that keeping it real goes a long way. Be nice to people on the way up, because what goes up must come down. Who are you signed with?

No, there is; he’s still involved but not as much as he was on the first album. Simon is the boss and has the overall say over everything, but because he’s so busy in the States, I was like, when I need answers you’re eight hours behind, I’ve got go to RCA! He agreed; it was a mutual decision.

So you went back to X Factor to be a judge recently, how did that go?

I absolutely loved it; I had the most amazing time! I only had four hours to prep! I was in Selfridges, shopping for my little brother’s birthday, when I got the call from my manager, saying, ‘We need you on The X Factor tonight!’ I was like, excuse me?! They were like, ‘Whatever you’re doing, drop it, get down to Wembley studios and watch the contestants in rehearsals.’ I’m happy I didn’t have time to think! I went in there knowing what these contestants are going through and all I could do is be myself and give constructive criticism. If I went on the show and said ‘You’re all great’ with no opinion, I would have got eaten either way. It’s catch 22.

So what have you been doing since then?

My goodness, it’s been the busiest time of my life! I’m the happiest girl in this world! I’ve done my first album, Overcome, and six singles and promoted that in Europe.

It went straight in at No1, didn’t it?

Yeah, it did; it’s the weirdest feeling ever. But it was great and I actually did my first ever solo tour last year – 37dates. It was a theatre tour and it sold out, it was amazing. Me and my own band, a girl’s dream. How does it feel getting that feedback?

Oh, my God, I loved it! It was meant to be less shows than that, but we added more. I feel like it’s the hardest being a solo artist – I always feel like I have to be on the grind. I don’t mind that because I love working. I’ve been recording the album for just over a year, while doing tonnes of charity work. But I enjoyed it, and now I’m ready to get my second album out and show what I’ve been doing in the studio.

Tell us a bit about the album and what we should expect from it?

Well, I’m 23 now and I keep saying to my mum, I’m growing up now, so when you hear me talk a bit sexy in a song, don’t get mad! [Laughs] So she’s like, ‘Do what you need to do!’ I’ve made this album a lot sexier, and I wrote a lot more for it. It’s still fun, with my loud personality all over it, with colourful upbeat songs, one or two ballads, but more upbeat because I love to dance. I just watched the video, got the exclusive… very, very sexy. Has your mum seen it?

She came to the video shoot [laughs]. She saw me literally half naked all day! I was like, ‘Mum, it’s just shorts, just a bra. Don’t worry! It’s fine.’ She understands. But my dad! He switches! He walked in and was like, ‘What are you wearing?!’ I told him my label was there, please don’t embarrass me, and he had to start breathing to calm down.

So where’s home to you? Has your lifestyle become more extravagant?

Home will always be London. I’m travelling a lot, but home is always gonna be here because it’s where my family is, and I cant be away from them too long – oh, and my dog!

Alfie. It’s this little Yorkshire Terrier, he’s the best dog in this world.

Now, I’m gonna ask you a bit of a random question: I’ve met a lot of celebrities and a lot have things they can’t say no to – I’m not talking about alcohol, but like, positive things. What makes Alexandra weak at the knees? Who or what can’t you say no to?

Let’s talk about the music scene at the moment, what’s your opinion on it?

Check out our interactive video with Alexandra Burke, which outfit do you like the best?

Everyone has a celebrity crush, who’s your fantasy guy and why?

[Laughs] Well, I’ve met him a few times and he’s really sweet to me…

He’s a womaniser though, cha.

I record with his producer Rico, and when I met him properly he sang to me and I was done. I was like, I wanna marry you! [Laughs]

Everyone wants to know – are you in a relationship, are you on lockdown?

Is it because you don’t have time?

No, there’s always time for love. With me, I’m quite a serious head, I won’t go out on dates unless I know this is gonna be something serious. I got no time, but I have got time for a serious dude.

What would be your perfect idea of a romantic evening?

Oh, I don’t know… being wined and dined, swept off my feet, all that girls like – being treated like a princess. I’d love that, but it’s not gonna happen.

You never know, Usher might come and sweep you off you feet.

And it’s a wrap! Let’s hope if Usher doesn’t come, Alexandra finds her prince! Maybe he can adopt a few kids with the tender-hearted girl! Wishing Miss Burke all the best for her album, keep your eyes peeled for it too.