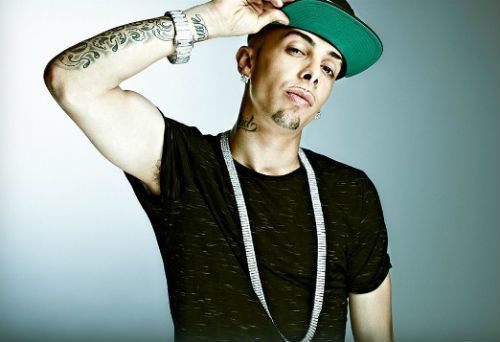 As his trial on charges of assault, common assault and affray continues, Dappy was accused of starting the brawl from which the charges stem, which took place at a petrol station in Guildford last February.

We are familiar with stories of US rappers being arrested, put in jail or rumoured to have committed some sort of law breaking act ranging from smoking cannabis to murder. But who are the REAL BAD BOYS of the UK Rap scene? Of course, we are not celebrating this and we do not condone breaking the law but we thought it would be interesting to find out just how naughty these rappers have been…

Here’s what members of the public had to say about the bad boys of UK Rap: Dappy, 24, real name Costadinos Contostavlos was arrested for a fight which broke out at a petrol station in Guildford, Surrey in the early hours of 28th February 2012. It has been reported that Dappy and his two friends asked three girls who were with two men at the time to go with them instead. After the girls refused the offer, the girls were spat on which is when the two men intervened. Two men were left with serious facial injuries after the fight broke out.

Dappy has taken to his Twitter account to let people know that some facts reported in the media are untrue after The Daily Mirror reported that Dappy had been ‘rejected’ by the girls. He wrote:

As news of Dappy’s arrest got out, fans were understandably concerned and wanted to know if the events reported really did occur and some even voiced their opinions on what the Rockstar’s punishment should be:

Clearly fed up with all the hype going on, Dappy addressed some of the tweets and dedicated  a few tweets to Surrey Police:

So Dappy says he is ‘completely innocent’ but what other rappers have had to deal with similar situations? K-Koke, 25, real name Kevin Georgiou was set for superstardom after being signed to Jay-Z’s record label Roc Nation. This was all thrown out the window when he was arrested in March 2011 on charges for shooting a man at Harlesden station and held on remand for seven months in connection to the shooting.

Whilst doing a telephone interview from jail, K Koke said: ‘This is all bullshit. I shouldn’t even be here… I’m guilty till I’m proven innocent’. K Koke believed he was being judged on his previous charges and it was because of his track record that police wanted him behind bars.

K Koke is known for his raw, pain felt bars, which is probably what the Hip-Hop mogul Jay-Z respected. After releasing his ‘Pure Koke Volume 1’ mixtape in 2009, there was a definite buzz but after his Fire In The Booth with Charlie Sloth reached 2 million views on YouTube, K Koke had made his name on the UK Rap Scene. In his first interview after being released, K-Koke said: ‘It feels good to be home. I’m staying focused now ’ and has since released tracks like ‘I’m back’ clearly proving he has taken everything into his stride and is ready to focus on his music. In August 2011, 18-year-old Brixton rapper Sneakbo, real name Agassi Odusina, told his fans he needed a ‘long break’ which sparked rumours on twitter about a jail sentence approaching for looting in the riots. There were talks that his ‘jet-ski wave’ music career may have saved him and his sentence being completely suspended but it was later confirmed Sneakbo served three months in Feltham Prison.

This caused Sneakbo to lose ‘commercial opportunities’ for his music as his career had just started to pick up the pace. His management tried their best to keep it a secret by telling people he is in America and even tried to persuade the press to allow him to respond to questions via email.

On his day of release 30 November 2011, he posted: ‘Fresh home, 3dom is a must for GAS’ after three months behind bars.

Sneakbo admitted to breaching his ASBO after ‘aggressively threatening’ a woman but felt ‘frustrated’ after having to serve time whilst his music is being played and fans were being gained fast. He said: I felt like I’m just losing my chance like my career is on the line… I’ve made it this far and I’ve come from Brixton… now I could just lose my chance… so I was really shocked and stressed but I’m back now.”

US Rapper Drake has recently said to have been inspired by Sneakbo on his track ‘Cameras’ where he used Sneakbo’s popular phrase ‘How you mean’ for the chorus after watching his video’s on YouTube. Drake and Sneakbo were even seen hanging out together when Drake came over to London on tour this year.

Sneakbo is signed to Play Hard Records and has been said to be the next rapper to watch by the BBC and MTV. His manager has described him as ‘talented and focused’ and since being released, Sneakbo is determined to pick up where he left off and has said: ‘I’m definitely staying out of trouble… I promise you I’m out of trouble. Facing my music… only up from now.’ Giggs, 25, real name Nathan Thompson, rose to fame with his most popular song ‘Talking The Hardest’ described as a ‘grime anthem’ by some DJ’s. But in 2003, Giggs was sentenced to two years in prison due to weapon charges. Giggs is the leader of the SN1 group alongside his brothers Gunna Dee, Joe Grind and Spender and mixtapes include Hollowman Giggs, Ard Bodied and Best of Giggs 1, 2 and 3.

When Giggs first signed to XL Recordings, the record label was allegedly warned by operation trident not to back the London rapper due to his previous charges. Police have cancelled previous shows Giggs was scheduled to perform at due to ‘fear of violence and misconduct’.

There have been rumours that Giggs is currently in jail after being silent for a while but one member from the SN1 has said: ‘It’s all lies- I don’t know where these rumours are coming from.’ Aggro Santos, 22, was arrested in 2011 for the rape of two sisters on two separate occasions. His cousin, Tyrelle Ritchie is also involved and will be facing trial for one of the cases. This was a shocking report to many people as well as his fans as Aggro seemed genuine, charismatic and down to earth on ITV’s Celebrity Get Me Out Here where he got down to the final six.

Aggro ‘vehemently denies’ the claims and his solicitor describes the rumours as ‘trumped up allegations’. He is still awaiting trial on 13 August 2012 and is obviously innocent until proven guilty. Let’s hope this will all turn out for the best! Ashley Walters formally known by his rapper name Asher D was part of the notorious, platinum-selling group ‘So Solid Crew’. Ashley was arrested and served 18 months in jail for carrying a loaded gun in 2002.

Fellow members of the So Solid Crew including Mega Man and Big Brother Celebrity, Romeo have also had brushes with the law.

Ashley has four children with partner Natalie and has said this about his time in jail: ‘Every day I was reminded of what I was missing. I thought, ‘I’ve ruined my life and my career. I’m never going to be able to pull this back together.’ He has clearly put his time inside behind him and has since appeared in major UK films such as Life and Lyrics and Bullet Boy and BBC1’s TV drama’s Small Island, Inside Men and Channel 4’s Top Boy to name but a few. This 29-year-old has a bright future ahead of him. Skepta, 28, real name Joseph Adenuga, has an aim to make grime music ‘mainstream’ and has made history featuring in US Rapper P.Diddy’s song Hello Good Morning. It was rumoured Skepta was arrested in Ayia Napa for smoking cannabis with DJ Toby. Skepta’s brother and best friend JME, 25, real name Jamie Adenuga is known for speaking his mind and cutting straight to the point. This is clear in his hard, clear-cut one-liners which also proves he has a sense of humour. In August 2011, JME tweeted: Perhaps realising that being arrested is not something to joke about, he later tweeted: Skinnyman, real name Alexander Graham Holland, was jailed for 16 months for harassing his girlfriend in 2011. He was found guilty of two counts of common assault, witness intimidation, and breach of a non-molestation order for harassing the 31-year-old after she ended their relationship.

It was reported that the north London star physically assaulted his victim on more than two occasions and bombarded her with threatening calls and texts on a daily basis. Having received positive feedback after his appearance on the interactive series ‘Dubplate Drama’, Skinnyman wishes to ‘get back to acting’ and also hopes to make more music.