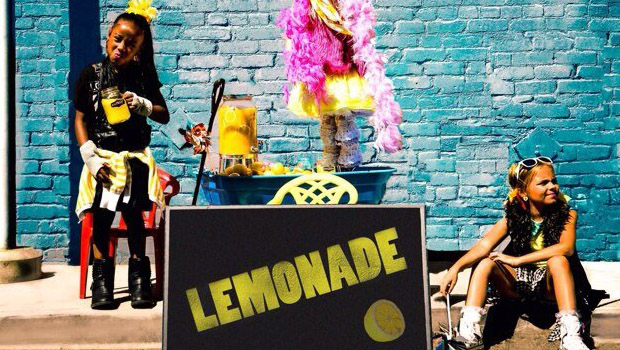 Earlier this year Flavourmag caught up with DK member Dawn Richard to discuss the hugely anticipated Danity Kane reunion, a couple of months later the #NoFilter tour was announced and now they have just dropped their brand new single (May 15th 2014), Lemonade! Lemonade features Young Money rapper Tyga and has a strong urban vibe to the track. The girls confront their haters on the Sterotypes produced track with lyrics like “these haters have a sour look upon their face, Lemonade…”. With a heavy beat sampling Clipes’ signature tune, Grindin, this track is bound to be another hit for Danity Kane.

Yesterday (May 14th 2014) the girls released an image which is believed to be the artwork for the track. The image has caused quite a stir across Social Media platforms and with fans regarding the fact there are only three young girls in the image. DK are still yet to confirm or deny the rumours surrounding the image.

Fans have begun to speculate that it highlights Aundrea Fimbres’ exit from the newley reformed girl group. Aubrey and Dawn have also both shared rehearsal images on instagram with Aundrea absent. However new rehersal pictures have now surfaced online with all four girls present. What do you think? Can you hear Aundreas vocals on the track? With the #NoFilter tour kicking off tomorrow (May 16th 2014) and a surprise in store we will just have to wait and see!

With more hits like this bound to come from Danity Kane later this year, here at Flavourmag, we believe they are about to come back with a massive bang!

What do you think of Lemonade? Let us know your thoughts below and be sure to follow @Flavourmag and @DanityKane on Twitter.