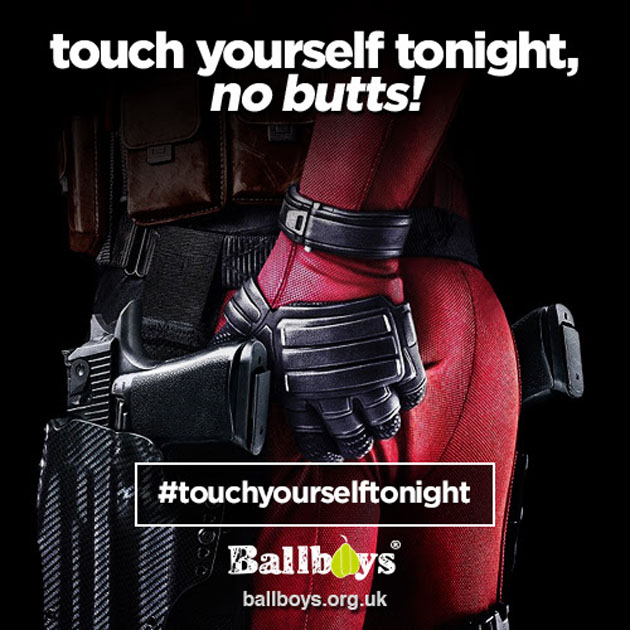 Deadpool has teamed up with Ballboys to bring you an all important message, Touch Yourself in aid to prevent Testicular Cancer.

Ballboys is a charity that helps raise awareness and educate men on the issues of testicular cancer by associating with ball sports as their primary medium of branding. Teaming up with Deadpool, which looks like it’s going to be a big hit is a big move to raise awareness over a larger audience.

Based upon Marvel Comics’ most unconventional anti-hero, DEADPOOL tells the origin story of former Special Forces operative turned mercenary Wade Wilson, who after being subjected to a rogue experiment that leaves him with accelerated healing powers, adopts the alter ego Deadpool. Armed with his new abilities and a dark, twisted sense of humor, Deadpool hunts down the man who nearly destroyed his life.
Starring Ryan Reynolds, Morena Baccarin, Gina Carano, T.J. Miller and Ed Skrein
Deadpool is out in UK Cinemas 10th February.