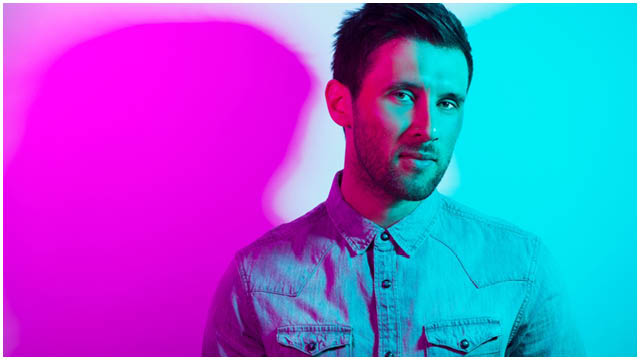 Playing on the main stage of We Are FSTVL 2015, is Danny becoming the King of Dance?

In 2012, we asked you what you’d like to achieve by the end of the year. Do you think you reached everything you wanted to do? What have you been up to since then?
That seems like so long ago now! Where do I start? Everything that has happened since then has exceeded any kind of expectation that I could have had by a mile. A residency at Pacha in Ibiza, my first tour with Nothing Else Matters, #1 Dance Anthems albums… I’m just grateful for every opportunity that I get and try to put everything I’ve got into my career!

You’re playing We Are FSTVL this summer, what are you most looking forward to about it?
There’s so much buzz about the festival each year and this is the first time that I’ll have even been, let alone played. Fingers crossed for a bit of good weather because the line-up is incredible – it’s going to be a great way to properly kick off festival season that’s for sure.

Is a festival set any different for you than a regular club show? If so, how?
Definitely. I’ll still be keeping things very much house-orientated, but with a festival set, it’s important to remember that people might not be there just to see you and you’ve got to cater for a much broader taste. I’ll be making sure there’s a good balance of tracks you know and tracks you don’t yet know, but immediately ask “where can I get that tune?!”

What are your festival do’s and don’ts?
Do take sun cream and don’t get so mashed you miss all the sets you paid lots of money to see!

What’s your staple festival track?
Tough one! It’s something you’ll just know on the day, although I played a remix of Sweet Dreams by the Eurythmics last year at T in the Park which went down a treat. You’ll have to catch my set to find out this year’s… Festivals are notorious for bizarre happenings, do you have any stories from any you’ve been to?
I think that the phrase “what happens at [insert festival] stays at [insert festival]” is appropriate in this instance! Although it’s fair to say there’s never a shortage of people who have got themselves in some quite incredible pickles!

Given the opportunity, would you camp at a festival or will you always book a hotel?
Haha, I’m not the best at time keeping so imagine if I had to include putting up a tent at a festival – I’d miss everyone I went to see! Afraid it’s got to be a hotel for me…

What genre of music do you love that people really wouldn’t expect you to?
If I said that I like to chill out to a bit of ambient gabber or thrash reggae, would you believe me?

Your Radio 1 show is going from strength to strength, what’s your favourite thing about doing the show?
It’s nationwide party at 4pm on a Saturday – what’s not to like about that?! It’s great when we get people tweeting and messaging that they were planning to “stay in” but after listening to the show they were now in a taxi heading for a rave! Dance music is thriving at the moment so being able to introduce all these amazing new tracks to people is what makes the show so exciting week in, week out.