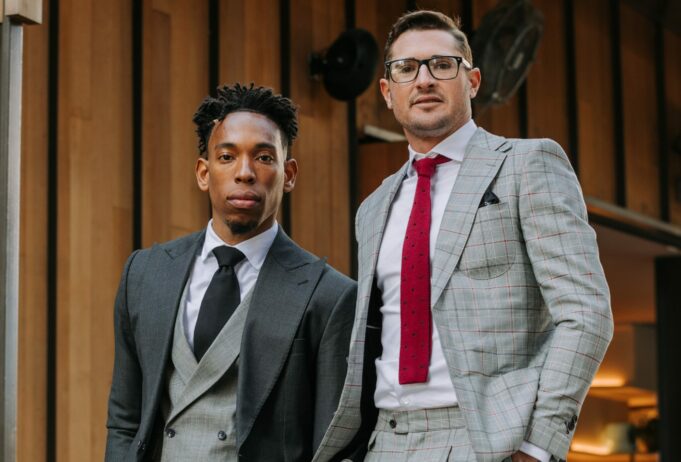 As 2021 progresses, the closer we get to horse racing events. It’s a countdown, often, to decide on how you’ll dress. Read on to find out what to consider wearing when heading to the races.

Horse racing events are a cultural tradition. The meetings at New Year, the Gold Cup, Royal Ascot – those who attend, go again. Months in advance, weeks in advance: “are you going to the races?” They may not follow goings-on in the sport all year but people turn up to these established and prestigious meets because it’s an event, an experience. They are a reason to go out and dress up and participate in an environment built for grandeur, for indulgence.

Betting is often a secondary thought for an event where people go with the intention of placing a bet on a horse they’ve either come to logical conclusions about or had divine eye contact with. Some turn up, as mentioned, without having seen or read about any races before this. The not-knowing is part of the experience. It creates a self-contained experience where everything the racing has to offer is internalised within the period in which you’re there.

The only trouble of these events arises before you go when you’re deciding what to wear. The assumption is to be smart, to be posh. This is fine. Though, it’s not always mandatory. There are few things to check and consider before you put items into your basket, before you zip your dress, before you tie your shoes. This article will help you with that, covering all the basics and essentials. 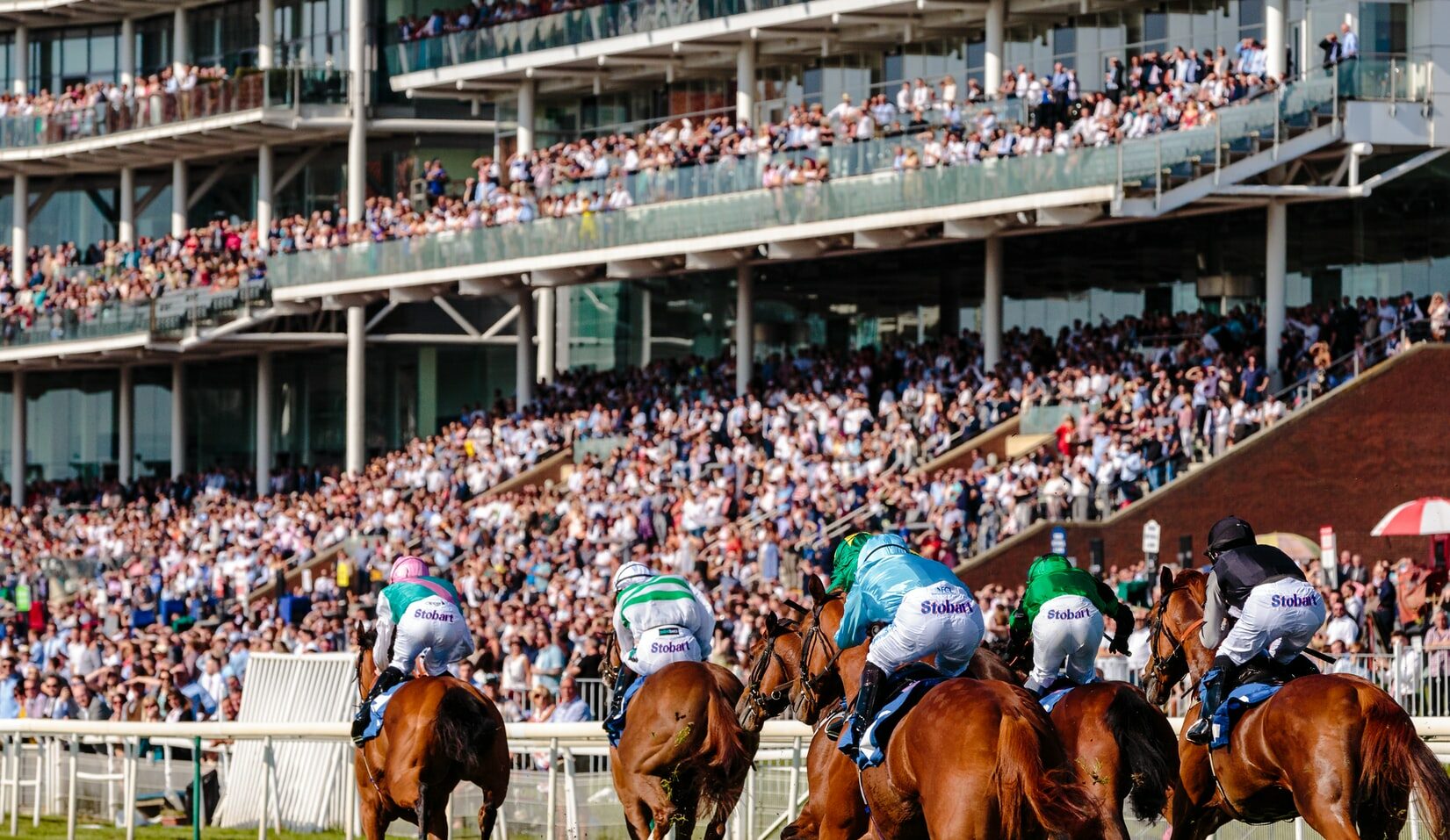 First thing to know is that you’ll need to know the dress codes for wherever it is you’re going. Each will have different requirements. Not only that, but they have different atmospheres, different vibes.

While royal tastes and “country” tastes do have crossovers, The Cheltenham Festival is not Royal Ascot. There will be tweed. You should expect tweed. It’s more The Dig than The Crown.

There is no formal dress code for The Cheltenham Festival. However, smart dress is encouraged. Men will wear suits, especially, in the Club Enclosure. As mentioned, these tend to be tweed suits, sometimes with a flat cap, Peaky-Blinders style. It’s a vibe which was inspired by the more rugged hunting, fishing, and shooting hobbies which were popular in this part of the country. However, tweed isn’t mandatory, and more standard material suits are perfectly fine. If you wanted to ignore the question of the weather then a shirt and trousers combo would suffice.

For women, the same applies. There is no dress code, only encouragement. At the Cheltenham Festival, risks can be taken. You may be an adventurous person whose style is more experimental and artful. By all means, you can parade your fashion on the field at Cheltenham Festival.  As mentioned, there are Best Dress competitions, which some may be willing to commit to standing out for. Those heading to OLBG.com  for online betting you may look to check your odds for winning Best Dressed.

Fancy dress is permitted. Though, take care not to wear anything offensive or inappropriate, as the venue has the right to refuse entry or to ask you to leave.

Again, as with Royal Ascot and other racing events around the country, there is a culture of wearing hats. It’s quite normal. One note is that the racecourse’s car parks are predominantly grass. Therefore, heels may not be the best option, if they were going to be.

Royal Ascot has four different enclosures: the Royal Enclosure, the Queen Anne Enclosure, the Village Enclosure, and the Windsor Enclosure. The Royal is most exclusive (only for members and their guests, though non-members can access the enclosure and one restaurant with a day-pass) and has the strictest dress code while the Windsor, closest to the rails, is less formal.

In the Royal Enclosure, gentlemen are “kindly reminded” they must wear morning dress. This is a very formal and Western day attire. The coat looks like a blazer but it has a long back which comes to just above the back of the knee, almost tuxedo-like. Under the coat, there should be a waistcoat, a tie, and a white shirt. It’ll be formal trousers – no crops or turn-ups – for the bottom half. It’s also required that the colour of the morning dress be black, grey, or navy. There can be mix-and-match among these. You’ll often see a black morning coat with grey formal trousers, for instance. To finish off the look, all men should wear a top hat.

Women have more freedom with their choice of garments and colour. The only necessity, only requirement, is that it’s “modest” – no plunging necklines, no off-the-shoulders, no strapless. Dress, suit trousers, and skirts are all allowed. Jackets and pashminas too, but what’s underneath should comply with the regulations. Finally, as with the men, hats should be worn.

For the Queen Anne, things drop only a little in formality. Women should still dress with modesty, but statements can be made, as long as there is a hat. Men needn’t wear morning dress or top hats anymore, but jackets and trousers must colour-match.

The Village Enclosure doesn’t ask more or less of women’s attire than the Queen Anne. Here, though, men can mix up the jacket and trouser colour, and are permitted to wear cravats or bow ties instead of a tie, should they wish.

In the Windsor Enclosure, there is no dress code, only an encouragement to dress smart. Hats, again, for women, are expected regardless of the enclosure, and it’s kind of one of those unwritten, and written, rules, where you wear a hat because it’s the thing to do. Peer pressure here is accepted, not derided. Men don’t need to wear a hat.

Weather, The Standing, The Queues

Every dress decision which you can make, with and without the rules, should always have an eye towards the British weather. Royal Ascot is a summer festival, which offers hope of a bright and mild day. However, despite all the collective hope and longing, there’s still a chance that winds pick up off the flats, lowering the temperature. Or that it simply rains. The Cheltenham Festival, which takes place in Gloucestershire, is an early Spring affair, where winds are reliably present, coming off the surrounding hills, bringing with them clouds, goosepimples, and hopping from one foot to another on the spot to keep warm.

Also, you will likely spend a large portion of the day on your feet. Walking to and from the car park can be quite a trek, for instance. But within the course itself, unless you’re in the grandstand, use a restaurant, seek out seating, or have a picnic blanket in the enclosures near the rails, you could be on your feet all day. There’ll be bookmaker stores regularly placed throughout the racecourse. While some attendees may prefer to use an app to place bets – it’s faster and more convenient – there will be the normal stores and bookmakers which operate as you would expect. However you do it, you’ll be on your feet – in the queue or on your phone. It’s important to wear comfortable shoes and have clothing with pockets or bring an appropriate bag. You don’t want to favour fashion over function with every decision.