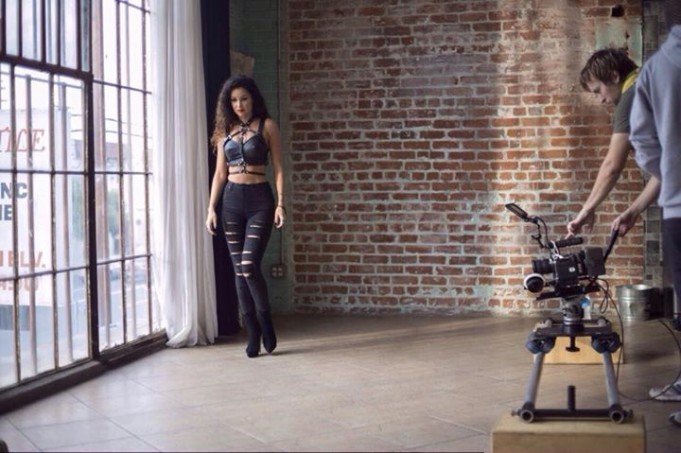 After so much attention off her first release ‘Believe,’ Aussie R&B sensation Elesia Iimura is back and recently filmed her upcoming single ’You Are’ in Los Angeles.

Her latest release promises to show a diverse side to Elesia Iimura, showcasing her many personas and encapsulates her talents in a very raw style.

This song was written from the persona of what Elesia would call her alter ego, whose appetite is to fulfil her desire to possess a dominant male in bloodthirsty game of seduction that will leave the listener wanting more.

This subject matter is no doubt raw & no doubt suggestive, but on a deeper level it provokes the question as to whether in our darkest desire, do we prefer to dominate or be dominated? The video will officially launch in late January.

Elesia has performed on stages across the world, and supported for the likes of Boyz ll Men and K-Ci & Jo Jo during their Australian tour. She has also worked with Ilan Kidron from The Potbelleez and Aria Award winning producer Audius, and Snob Scrilla.