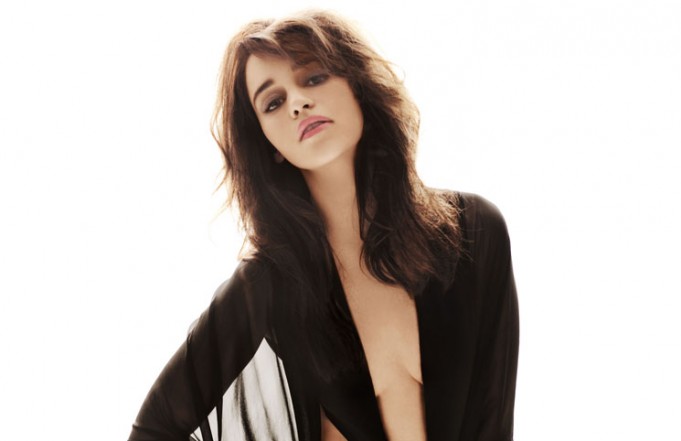 You’d be forgiven for never having heard of Emilia Clarke since her meteoric rise to fame courtesy of the multi-award winning HBO series, Game of Thrones. Her starring role as Daenerys Targaryen has propelled her to the forefront of prime-time television as one of the central characters looking to take her rightful place on the iron throne. It All Began in Letherbridge
The 27 year old British beauty from London started her television career a long way from the extraordinary events of Westeros and Essos. Her first appearance came in the fictional Midlands town of Letherbridge in an episode of daytime soap opera, Doctors, back in 2009. A year later, she appeared on the Syfy channel as Savannah Roundtree in the TV movie, Triassic Attack – a classic as I’m sure you’ll agree.

Although her television appearances were few before the HBO opportunity arose, she had appeared in a number of stage productions throughout her early career. Her education at the Drama Centre in London saw her perform in ten plays, as well as a Company of Angels production of Sense. In fact, even after the success she experienced from her acting as a result of the Game of Thrones release, she pursued her stage career to the extent that she made her long-awaited Broadway debut in 2013. Made famous by legendary actress, Audrey Hepburn, Clarke appeared as glamorous literary character, Holly Golightly, in Breakfast at Tiffany’s. The Big Break
It was in 2011 that her big break finally came in Game of Thrones, although it was a role that she very nearly missed out on. Throughout the whole pre-production process, , including the pilot, the role of Daenerys was played by Tamzin Merchant. However, for reasons that were never disclosed by any of the parties involved, it was decided that following the pilot, the first episode would be reshot with Clarke in the role. For those interested in the character backstories, you can read all about the latest news on the HBO series here.

From the first episode of the coveted HBO series, she has received critical acclaim for her outstanding performances. Her character has been described as one of very little emotion, which only goes to show just how good her acting has been to generate such fanfare. She has been recognised professionally on a number of occasions since 2011, winning the Scream Award for Best Breakout Performance by a Female, Outstanding Female Rising Star in a Drama Series at the Gracie Awards, and Best Actress at the SFX Awards. These winning trophies sit amongst a host of high-profile awards nominations and support from her peers. Beyond Game of Thrones
With Game of Thrones dominating her career success story to date, she has continued to appear in a small selection of unique films rather than jumping straight into the maelstrom of Hollywood. In 2012 she accepted the role of Sally Harris in British-made, Spike Island, as well as Malu in the short film, Shackled. The atmospheric, psychological thriller brings her an immense reality, set in the backdrop of a 1950s circus. It really is a fantastic watch.

In 2013, she took the plunge into the mainstream with the edgy black comedy-crime drama, Dom Hemingway. Starring alongside luminaries such as Jude Law and Richard E. Grant, and under the direction of Directors Guild of America Award winner, Richard Shepard, it’s admirable that she decided to keep her focus on British film with offers coming in from all corners. In just four years, Clarke has gone from relative unknown to an instantly recognisable household name. Game of Thrones seems a certainty to continue as a mega success story of Clarke’s career, although her next major leap of faith is straight down the throat of a Hollywood blockbuster – Terminator. In December 2013, she was formally announced as having won one of the most coveted roles in film, Sarah Connor.

The talismanic maverick mother is a far cry from the determined but understated Daenerys, and will reveal an energetic and emotional Clarke that has been kept tucked away in her other key roles to date. That particular film is due for release in the middle of 2015, and with a fifth season of HBO series, Game of Thrones, also due out in the early part of next year, it could be a year that catapults hereinto becoming one of the hottest acts in Hollywood.