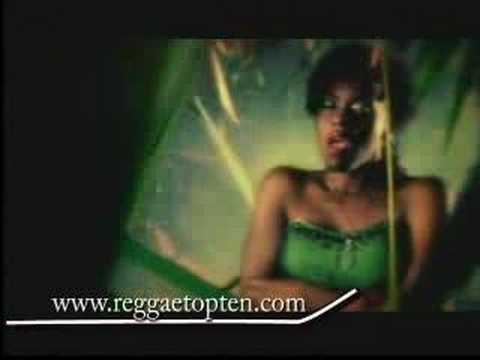 Singer-songwriter Etana is the new face on the reggae music scene. The 24-year-old’s style is a mixture of African and reggae rhythms with a hint of rnb. Etana didn’t just want her 2008 debut album The Strong One to reflect the meaning of her name; but the character of African women too.

Moving to Miami
Born Shauna Mckenzie in Kingston Jamaica, it was evident that Etana was a talented singer at an early age. Having aspirations to become a registered nurse, she moved to study nursing at a college in Miami in1992. After college she joined a girl group named Gift, but was uncomfortable with the compromises she
had to make and after a life-changing encounter in a bookstore one afternoon, she immediately realised where she needed to be. ‘I was with the group in the mall and I felt led to go to the book store. I picked up a book called Angels Are Talking and when I read the book it changed my whole life, completely,’ she explains.

Etana left the group and headed back to Jamaica where she became a member of Fifth Element records, touring and singing for the likes of Richie Spice. This was short lived and the company was raided and shut down. After those dramatic events, she then decided to launch her own label, Free Mind Records so she could create her own destiny. ‘I thought I’m going to put the music out there how I feel it, with all my heart and emotions.” When being compared to other Jamaican female artists like Alaine and Tami Chin, Etana says: ‘I wouldn’t really compare as it’s all completely different. Alaine does really nice melodic love songs and Tami is the same, but it’s a little bit more poppy. They’re all good in their own way.’

Eclectic style
Etana’s music is more eclectic and has elements of various musical genres. What makes her music interesting is that she doesn’t sugar coat her songs; they are inspired by real people and situations. Wrong Address was inspired by the discrimination that working class Jamaican people face in gaining employment, for example. Etana’s passion is creating music with meaning and she wants listeners to hear about things that really matter. ‘When you have the power to do music, you have to do it in the best way possible, in the most positive way, because music is more influential and powerful than the government. If you have that power, why use it to talk trash? Create a message that people can still bop they’re heads too, but with some truth in it.’

Know your mission
The journey to fame is long and hard. Etana explains that at the start she had to sacrifice a lot because she didn’t use any of the popular rhythms. ‘Sometimes even now I might have to go hungry, tired and I want to sleep, but I’ve got to get up and just go on. That’s how the music industry goes. As artists we have to be strong and know what our mission is.”

Etana, The Strong One is out now on VP Records