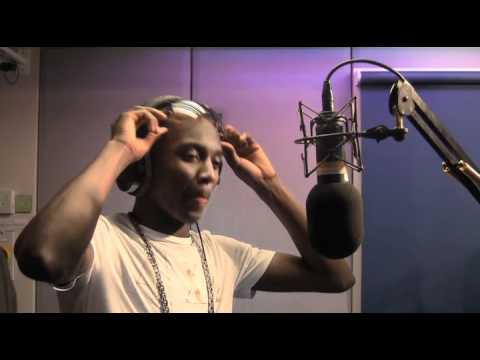 Cashtastic is an artist set to take the underground scene by storm. He may have only recently turned 18, but his music is already punching way above his youthful years.

The early guidance and encouragement of an older brother to do music was reinforced by teachers at school, telling the then eleven year old that he had a gift for writing. Dedication and hard work soon led to a joint mixtape with LP called, ‘The Formula’, which sparked a lot of interest in the gifted artist, and soon after Big Lee Records of Peckham chose Cash to join their ranks. Whilst at Big Lee Records, he released a single and featured on other singles and mixtapes. 2011 was Cashtastic’s year as he featured on Charlie Sloths show on1Xtra alongside Yung Meth, also featured on Ace & Vis’ show, performed at the Wireless festival, G Shock store and went on the Bigga Fish tour. Shireen Fenner interviews him to find out Cashtastic’s story, his new releases what 2012 holds for him.

Tell us a little bit about who Cashtastic is.

I’m a rapper, just turned 18 from South London. Sorry I’m an artist that’s who I am.

How do you bring your personality and your life experiences into your lyrics?

I tend to tell the truth instead of lying and fabricating the whole situation. You would be surprised at the amount of people that can relate to you telling the truth. When you tell real life situations you have to remember people are living real life so they can relate without you even noticing that anyone else can relate. I just put anything that I’m going through at that present moment in my lyrics.

It sounds like you had a quite a tough childhood. Was music an outlet for you where you could escape?

Yes definitely. I came from the streets, the streets were an outlet for me to go and do madness. Growing up I was trying to go to a different direction, and music is what I chose to do. One of my older brothers used to do music, so I looked up to him as my role model. It got to the age where I started doing it and enjoying it for my own purposes.

How does being religious guide you and help you make decisions in everyday life?

It has. It’s a bit of both I’m Muslim, so I’m not really meant to be doing music in the first place. I believe that everything happens for a reason, so I’m doing this at this present moment for a reason. I pray every night and every day, so I believe that if I’m doing something like this interview today it was meant to happen. I don’t really bring religion into my music; I just say God willing and inshallah because it’s in my daily grammar.

How did your brother help in shaping you into the artist you are today?

I wouldn’t say he helped shape me, because when I was looking up to him and following his style of music it was more just doing exactly what he was doing. When I got to around Year 7, I started to shape myself. Them times I wasn’t even an artist. It was really a year and a half ago when I started shaping myself into an artist and trying new stuff and actually making a format for a song, and strategising without just rapping over a beat.

You’re from Peckham, growing up who else inspired or was influential to your musical journey from South London?

100% Giggs, because if your from Peckham, and your in my age group it was definitely Giggs that was doing this thing 100%. He’s made a lot of people start rapping. My brother made me start rapping, but Giggs defiantly influenced me to say well he’s from Peckham and he’s doing it so I can do it.

When did you realise that you could pursue your hobby as a career, and was there anyone in particular who really supported your decision?

I don’t like feeling like I’m wasting my time and that I’m doing something for no reason. I was building up a fanbase so I gathered that people were loving my music. There was a good amount of people that were supportive. Firstly one of my English teachers Ms. Fernandez. I loved English in school, so she could see my writing skills from there. She pushed me and a couple of other teachers pushed me. My friends loved the songs anyway; they banged the songs out and promoted it by sending them round and making everyone aware that I had new stuff coming out.

Talk us through your earlier days with Big Lee Records

There like the man dem from the ends. Big Lee was one of the mandem from the ends but he died, and his friends decided to make a label with his name in it. I’m still among Big Lee, the managers and CEO’s they are a part of my management team at the moment. They just got a collection of artists from the area, and just did songs all together, but I didn’t want people to think we were a group or a boyband. We started doing solo stuff and everyone went there own way.

Being young and a talented artist with a daily growing fanbase, what advise would you give to young people who want to pursue music?

Keep going, and I know you probably hear it and it’s a cliché but I’ve actually realised if its not happening now, its not meant to happen now. Don’t feel like your making however many tracks and your only getting 30 views, that doesn’t mean that you should give up. Just keep going because I remember when my only fans were my friends, now I’ve got fans in places that I’ve never been to in my life. I’d just say keep grafting and be persistent.

Did being on the Bigga Fish tour increase your presence on the scene and your fanbase?

Yes 100%. It was a great platform for me. That was my first time going on tour, and to not only tour London, but Birmingham, Sheffield, Manchester, which was my first time going to each of those cities. To go there and have the crowd sing back your lyrics, and I’ve never been there before was like how the heck do you know who I am. It was definitely great, and to finish up in London and get that love back from the hometown was wonderful.

You said recently that your female fanbase has expanded. Why do you think this is?

I don’t know I just think there feeling the boy. Females get attracted and I think if it’s not the lyrics they say it’s my looks.

Have you had any funny tweets from the ladies?

Yea, I get proposed to all the time. There’s a line for bookings and they phone and they book me, like they’ve got an event. It’s like, ‘yea we want to book Cash for a show,’ and they ask where’s the venue and they say, ‘my house,’ what’s the capacity, ‘no one just him and me. ’ I get that a lot, but it’s all love and I love the attention and the support.

A Lil Bit Of Cash is out soon, this is you first solo mixtape. Do you feel any expectations or more pressure because you don’t have anyone to share the burden with?

I don’t, the reason why is because I’m confident with the music I’ve got and if it doesn’t work its trial and error. You make mistakes to learn from them, so if I do this and it blows out the water and I turn into some next star overnight then I’d know I did the right thing. If I did it and I started losing fans, then I’d know not to do it. Personally I’m confident with the material I’ve got on it, and it will put me on a better platform than the one I’m on now.

I’ve shot 3 videos for 3 songs; they should all be on Channel AKA. I’ve shot ‘Gassed In The Rave’ ft. Krept & Konan, ‘Boasy,’ ft Stylo Gee and Rascals and ‘J Cole K Koke.’ ‘Boasy’ and ‘Gassed In The Rave’ are more up-tempo dancy kind of tracks. The majority of my stuff is about pain and slow kind of piano beats. I didn’t want people to think those were the only songs I could make, so I put those out. It’s just a journey throughout the whole tape. There’s a song on their called Flicker, and on the chorus I say, ‘I’m just here waiting, waiting for the day I can start celebrating.’ At that time I was thinking, I haven’t actually gone out and done something lately, I need some good news to celebrate. That’s earlier on in the tape, and later on in the tape, I got some good news and I needed to celebrate, so there’s a song called, ‘Celebration.’ The last song is called ‘Journey,’ and it shows the journey that I’ve made from where I was to where I am now, and the journey I’m trying to make from where I am now to where I want to be.

I want to become a better artist, I’m always keen to learn and I’m learning every single day. I want to aspire to more things, I want to go to more places and become bigger than I am right now.