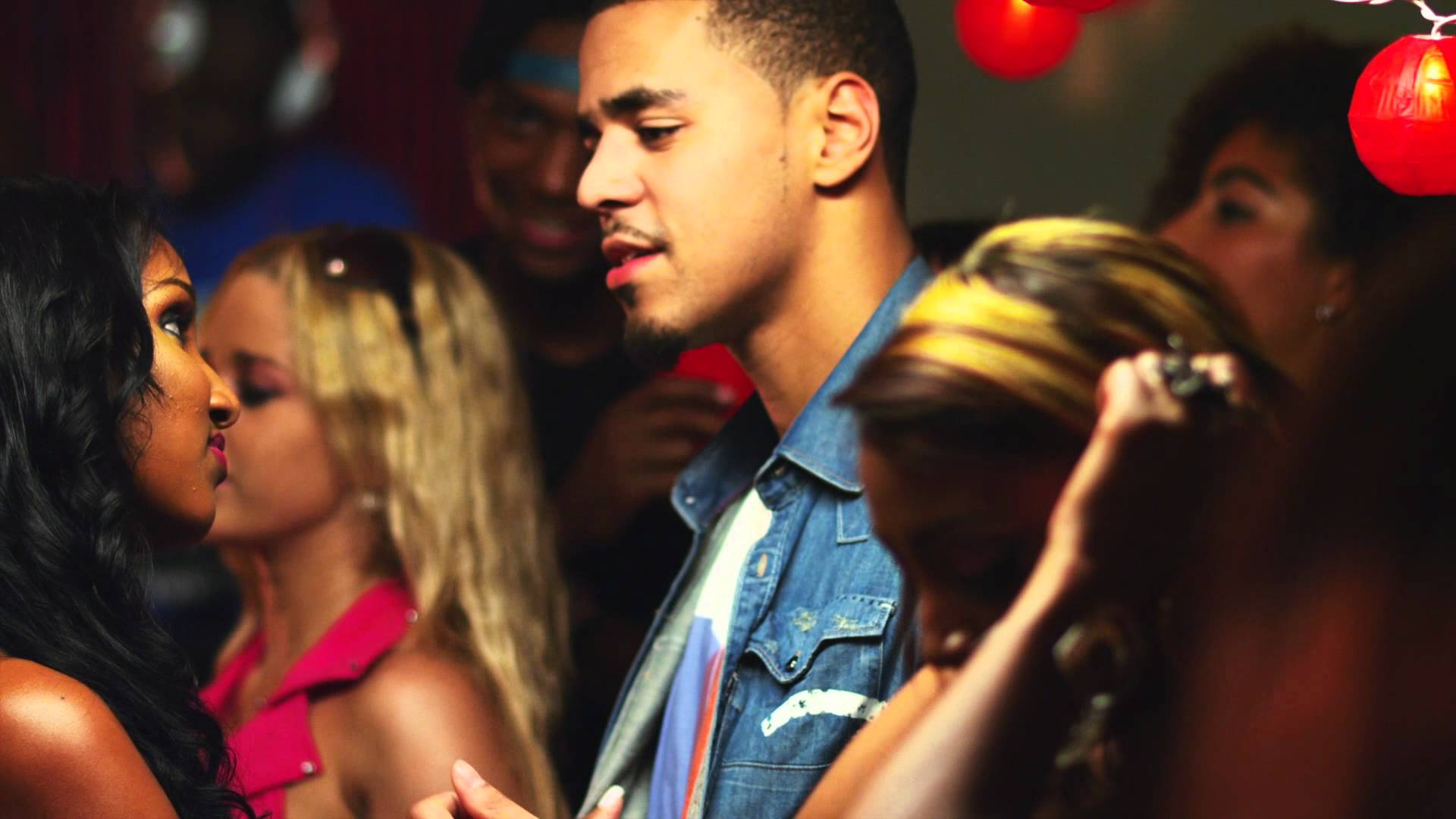 Where creativity is realised and dreams come true, welcome to Cole World…Before we hit you with the interview, let us give you a bit of a history lesson on Roc Nation-signed rapper J Cole. Born Jermaine Lamarr Cole in Germany to a white mother and black father (who left when he was young), J Cole was raised in North Carolina by his mother. He was already rapping by the age of 12, and at 15 he had notebooks full of rhymes. Not having anything to rhyme over, his mother brought him a beat machine, which has turned him into the great lyricist and producer he is today. Cole moved to New York to get a degree, in which he graduated with honours, but also to place himself in the hub of the American music industry. Dropping his first mixtape The Come Up got him noticed by Jay-Z, who then signed him as his first artist to label Roc Nation. Known for his emotional and passionate lyrics and delivery, J Cole is a clear contender for the role of saviour of the hip-hop nation. Two mixtapes later The Warm Up and Friday Night Lights, and he now presents us with his long anticipated album Cole World: The Sideline Story. Flavour interviews J Cole ahead of his UK tour and also discovers the hot music star’s great taste when it comes to clothes, food and women…

From listening to all your mixtapes and now the album we feel like you’ve let us into your life. Does speaking about personal issues come easily?
Sometimes and sometimes not; but I can’t do that all the time. Although that is my favourite type of stuff, I feel free, and people can understand me and feel attached to me.

Is there anything you can tell us that no one else knows?
Every time I sleep I have a dream, absolutely every time. I might have four dreams a night, but I will remember all of them.

You speak about both your parents in your music, especially your mum. How often do you see them and what is your relationship like?
Me and my mum are super tight. I don’t get to see my family that often and she lives in Carolina. I’m always moving around and travelling, but I get to see them at holidays and big events. Me and my pops are getting tighter now that I’m grown; I didn’t really grow up with him around. If I’m in the area where he lives, that’s Texas, I’ll see him.

How has your North Carolina upbringing influenced your music and in what ways?
Where I’m from is like a military camp, and people come from everywhere. It’s in the South but it’s also on the East Coast as well so you get all different types of music. I was largely influenced by West Coast music, like Dre, Ice Cube, Dogg Pound and all these West Coast artists. All the kids used to listen to Kris Kross, and then you had all the East Coast rappers like Jay B, Alchemist and Scarface. So it was like all this mixture of music. When I started rapping I would mash all that up and it would come out all these different styles.

Creatively, which part of your career has been the most fruitful – the many years of being unsigned or those since you’ve been with Roc Nation?
It depends. Both were super fruitful creatively for different reasons. The earlier part of signing with Roc Nation was way more fruitful than the past year. I just wanted to do songs where I was more giving, so the first year I had there was the most creative, but it was tough. This past year I was trying to make singles and get the chain rolling. I’m so glad everything got out there, and now I’m back to square one. Is it harder to talk about the hardship and turmoil you faced as a younger artist now that you are successful and making money?
No, I don’t think so; it’s not hard to talk about that, it’s definitely hard to not talk about the current situation. I’ll always be honest. I wouldn’t be honest if I was rapping about what a lot of other rappers talk about, like guns or whatever.

Your new album has an interesting title. What does Cole World: The Sideline Story mean to you, and can you break it down for us?
All my fans know I use that slogan (Cole World) in my mixtapes, and I wanted to bring that to the album. So Cole World is something I can relate to and something my fans can identify with. Sideline Story is where I’m at now and where my career is. It’s like I need to change, but I’m always fighting to not become something I’m not. All my fans are waiting for something, and this is before the next step in the game.

Many people are unaware that aside from writing your own lyrics you also make most of your own beats. Do you feel more inspired when rhyming over your own beats?
Yes, I wouldn’t say more inspired but I’m more connected. I feel more connected to the beat, being part of the whole process front to back. I’m connected because I see it all the way through. I pretty much produced the entire album. I want to get out of that now, I’m looking for beats now to expand and grow. I just want to rap over other people’s beats to practise.

Are you surprised that you have blown up so significantly in the UK and the rest of the world and not just in your homeland?
I’m definitely surprised. I remember the first time I came to the UK, I did Wireless and the amount of people that were there and the amount of people that knew all the words, it was such a shock to me. Wherever I go all across the world, people know who I am and all the raps. I walk around London and it can be a problem. I can go to Scotland or Manchester or Birmingham and everyone knows you, it’s crazy.

You will be supporting Tinie Tempah on tour. What are your impressions of the UK urban music scene and which artists really stand out for you?
I’m really impressed; I think it’s really dope. I think it’s a great sound, but I don’t really know the history of the music. For a long time a lot of UK artists were trying to sound like American artists, but it’s clear now they have their own sound, a very distinct sound. It’s great and it’s very progressive. I don’t know enough about the music at the moment to say who I like, but it’s definitely something that I want to learn more about. I know a lot of the songs, but I don’t know the guys who are on the songs. P Money is killing it, murdering it right now. When I heard him, he was just rapping for so long and just murdering it, I got a lot of love for him.

Get to know a few things from our hot guest…

Hottest artist:
Lil Wayne – he sold like nearly one million in a week.

Hottest place in London:
I don’t know none of the names of the clubs I been to… so Nandos! [Laughs] We need to get Nando’s in America.

Cole World: The Sideline Story is out now