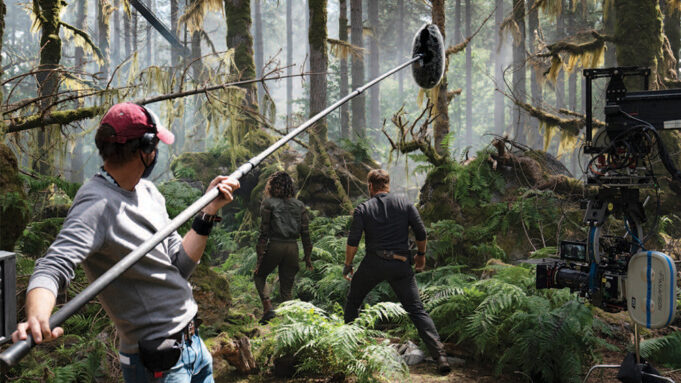 With Hollywood back in full swing, information is beginning to emerge about the most hotly anticipated films still in production, and we have all the details you could ever want about Jurassic World: Dominion.

To start, there was some incredible news out of the film crew in November as, despite all the difficulties thrown at them throughout 2020, they managed to complete filming. This means the raw footage has been sent to the editors and post-production work can begin.

It is very exciting news for fans of the Jurassic Park franchise because it means the film is in the final stretch, only the last piece of the puzzle needs to be added for it to be finished and ready for consumption. However, it is also one of the more complex and time-consuming parts of the process, which means the film is only touted to hit cinemas in 2022.

After being delayed from its original release date, Jurassic World: Dominion was one of the first films anywhere on the planet to resume filming this year and has been scheduled to release on 10 June 2022. While people were sceptical about the timeline at first, the fact that they have already finished filming makes the date seem far more reasonable than it first appeared.

“Wrap on Jurassic World Dominion,” director Colin Trevorrow confirmed on Twitter. “All my gratitude to our extraordinary crew and cast. We made a family.”

Jurassic World: Dominion is sure to draw massive crowds when it hits cinemas in two years. The franchise has garnered millions of fans since the release of the original film, Jurassic Park, 27 years ago in 1993.

Fans’ appetites for Jurassic Park content is so insatiable that the franchise has branched out into many other parts of the entertainment industry. For example, Netflix and DreamWorks teamed up last year to create the animated television series Jurassic World: Camp Cretaceous. Universal’s Islands of Adventure theme park in Orlando, Florida even opened a Jurassic Park attraction because of the popularity of the franchise.

When Jurassic Park released in 1993, in an unusual move, two different video game publishers were given the rights to produce titles based on the film, and many have been made since then. Notable examples are the business simulation game Jurassic World Evolution, which lets players build their own dinosaur park and 2015’s Lego Jurassic World action-adventure game. There is even an official Jurassic World slot game that can be played using bonus codes from new casinos, like Novibet.

While it’s still too early to expect an official trailer any time soon, there was a 10-minute short film titled Battle for Big Rock released on Youtube last year to bridge the gap between Jurassic World: Fallen Kingdom and Dominion.

Fallen Kingdom ends on a rather ominous note, with dinosaurs being unleashed on California, and Battle for Big Rock gave us the first glimpse of what the consequences of that would be. Details for Dominion’s plot are still very thin on the ground. Still, it is safe to assume a lot of the film will be about coming to terms with what modern life would be like if it was rudely interrupted by some hungry, carnivorous dinosaurs. It’s probably also worth remembering that some not so wholesome types were able to purchase dinosaurs in the second Jurassic World film.

Chris Pratt and Bryce Dallas Howard both return to reprise their roles from the first two films in the series, while Sam Neill will once again take up the mantle of Dr Alan Grant that he first made famous in the original Jurassic Park movie. There are also quiet rumours about a possible return of Jeff Goldblum as Dr Ian Malcolm. Dichen Lachman, of Altered Carbon fame, has also been confirmed as a cast member. But her role is being kept a secret at this stage.

While it is undoubtedly good news that filming has concluded, fans now face an arduous 18-month wait to see how the film turns out. Hopefully, patience will pay off.