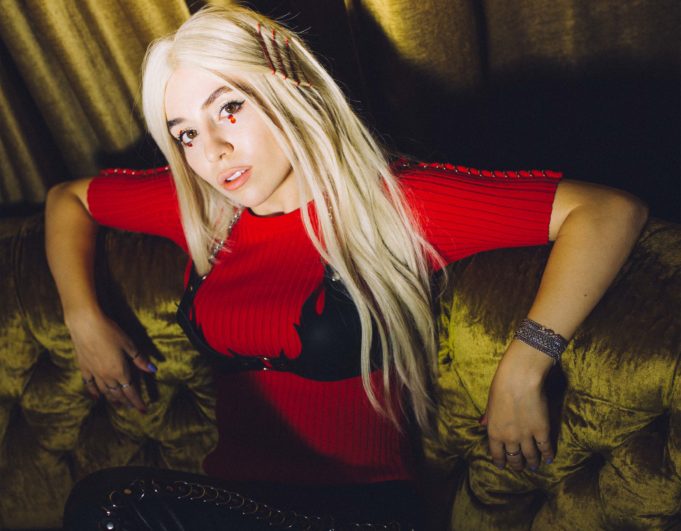 Originally from Albania, Ava and her family relocated to the US where her dreams of becoming a pop star really took off. With 10.5 million monthly listeners under her belt, Ava is no doubt the next big thing.

How did  ‘Sweet But Psycho’ come about? What was the inspiration behind it?

A- ‘Sweet But Psycho’ is about a girl who is misunderstood and never takes shit! She actually is being called a psycho in her relationship when really she is a strong, outspoken and independent female. I think the song itself says “she’s going out of her mind” because she is going out of her mind in the relationship. I think it’s important for your partner to love all sides of you, so that’s really what the song is about.

What’s your songwriting process like? Is it different each time?

A-  It’s pretty much different each time!

Who would be your Dream collaboration?

A- Oh Bruno Mars for sure! I love his music and he’s so energetic! I have a lot of energy too so I feel like if we did a song together it would be really cool.

A- I meditate for fifteen minutes! I have to get in the zone and close my eyes!

A- I had a wardrobe malfunction in Norway and there was a lot of executives at the show, everyone was sat at the dinner table and my shirt kept riding up. I couldn’t do anything because I was doing a choreographed dance

Who would be on artist or band that you would love to support or perform with?

A- I love Bazzi and Cardi B What song do you hope will be a ‘fan fave’?

A-  I can’t even say what it is because it’s not out yet and it won’t be a single! It’s on the album and I personally think it’s going to be one of the fan favourites!

What has been the most important thing you’ve learnt in the past year as an artist?

A-  Definitely patience! When I make a song in the studio, I really want to share it straight away so I had to learn to give it time

Ava’s new single ‘Sweet But Psycho’ is out now.