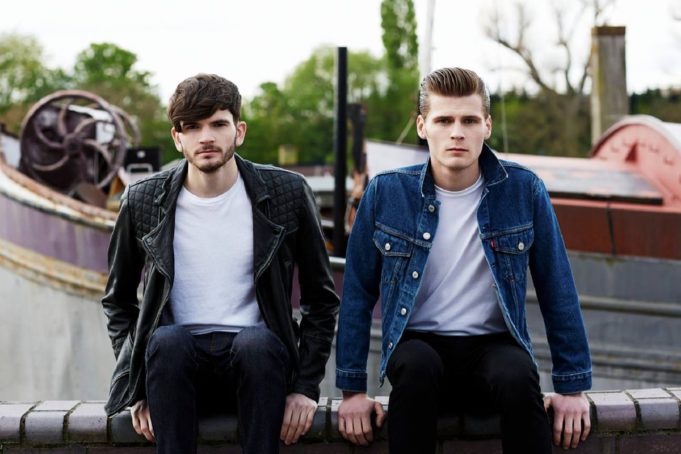 I sat down with Harry & Alfie from Hudson Taylor in possibly the darkest room at The Scala ever; we could hardly see each other as I asked them how the tour was going.

We haven’t played in the UK as a headliner in about three years so this tour has been exciting, seeing the same faces from years ago has been pretty cool too! We didn’t know how many people or who would turn up

For those who haven’t yet heard of Irish brothers Hudson Taylor, they began busking on the streets of Dublin as Harry and Alfie before being picked up. It was my first time seeing the lads perform last night and I wasn’t really sure what to expect! As my first gig of 2018, I can honestly say I was pretty amazed and will definitely be seeing them in the future!

Tell me about your new single ‘Run With Me’ and your work with Dogs Trust?

Well it was written around this time of the year a few years ago but we had just finished our last album and we had a bit of time off for Christmas and then came back, that was the mood of the song as the first lyric is “Now we’re gonna set fire to last year” so it’s like ‘lets move on from the past’ kinda vibe and ‘embracing new beginnings’

H – We worked with Dogs Trust, an amazing organization and we got to meet 10 or 15 different dogs on set for our music video.

A – They’re all hopefully going to be rehomed.

For people who don’t know you yet, how would you describe your sound?

It’s kind of collective, everybody who we’re playing with tonight sings, as there’s a lot of vocal on the album! It feels like there’s a big collection of us

H – the main type of entities would be ourselves, we’re brothers and we sing in harmony together! We’re very folk-rock influenced and a live feel… it’s always really hard to describe it!

Do you write songs together or as Individuals? How does it all come together?

I write songs just to keep myself together sometimes and whenever I have time! With the most recent batch of songs, I wrote those over a course of a few years! Some of the songs come from us jamming together whilst some come from working solo and are just waiting to be finished

Who would be your dream collaboration dead or alive?

Good question! I’d love to collaborate with one of the Beatles, Ringo or Paul if they’re up for it

Being Brothers are there disagreements about what songs to perform?

H – Yep! There is actually, we don’t have disagreements about a lot of things but if we have any problems we talk about it! Song choices are a funny one because for a gig you might feel like trying a different song or whatever or maybe one of us might not enjoy a certain song! Sometimes you just want to change it up

Of course, you get little disagreements here and there! We have so many songs as well to choose from!

Out of all the songs you’ve released, what is your favourite?

A – I’m really happy that ‘Run With Me’ is out! It feels like the right time.

What do you love about touring? Do you ever get stage fright?

H – I wouldn’t say stage fright but nervous energy for sure! Today, of course, we’re playing in a big city tonight and whenever we’ve played in London there has always been a level of importance! My favourite thing about touring is just being out with all these lovely guys.

A- I certainly like the travelling element of it

What has been your greatest highlight of your career so far?

We got to support The Rolling Stones in Hyde Park; Tom Odell had to pull out due to a chest infection! It was pretty cool… well, not for Tom of course! We’ve since seen him and smoothed it all over!

H – I’d say that my favourite gig was at a festival in Ireland called Electric Picnic! We got to play on the main stage! It was pretty amazing

What are your plans for the rest of the year? Will we see you playing at any festivals?

Yeah, we have lots of gigs coming up! We’re also going to be releasing new music!

H – we have an EP coming out soon! We’re also touring in the states which is going to be pretty cool