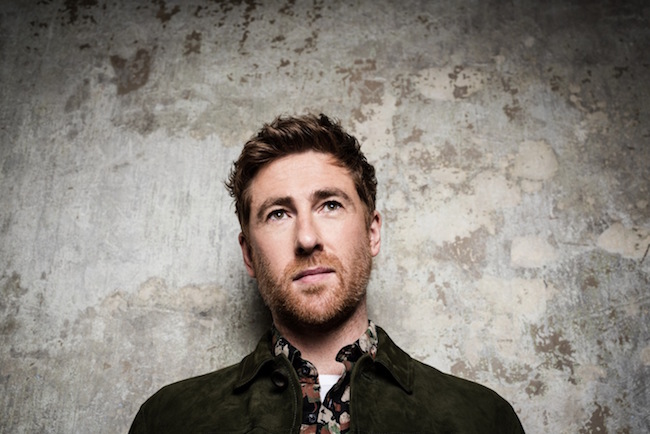 Last week I got to chat with Jamie Lawson over the phone about his newest single ‘Fall Into Me’ and what it’s like touring with Ed Sheeran.

Jamie, a singer-songwriter from England has previously supported the likes of One Direction and is now currently touring with Ed Sheeran.

Can you tell me about your new single ‘Fall Into Me’?

It was the last song I wrote for the record and I was recording in LA and when I took them all those songs home I felt the record needed one more song that was a little faster and upbeat, I wrote ‘Fall Into Me’ for that kind of style.

Tell me about your new album, how did it all come about?

We released the Jamie Lawson album and it did pretty well and I got to do some tours, I started writing for the record quite early on in 2016.  I have done a lot of it on the road and I wrote one song on a plane. It kind of tumbled itself together in a way.

I don’t know if I have a process but I try to write as often as I can.

Touring with Ed Sheeran must be insane? Has he given you any advice?

He doesn’t really give me any advice! It’s great fun, really amazing!

You’re playing at big venues this tour, Can it be nerve-racking and how do you overcome it?

I don’t really get nervous as such but I think you can feel a little bit of nervous energy but it’s very positive.

Most embarrassing moments on stage?

I forget lyrics all the time, I don’t know why!

Do you think you’ve achieved everything you that you aspired too when you first started?

Yeah! Far more actually! There was a time when I was young and thought maybe I wanted to be famous but that moved on very quickly and I realised that wasn’t what I was after! I just wanted to make a lot of records and I haven’t really achieved that yet!

What is the strangest thing a fan has ever given you?

I got given a hamper of cheese once in Chicago and I don’t really eat cheese!

I guess I’ve had a number one album, which is amazing.

After this tour ends, what’s next for you?

My band and I are starting to rehearse for a new song, I’ve written more songs and we’re trying to work out how they might sound.