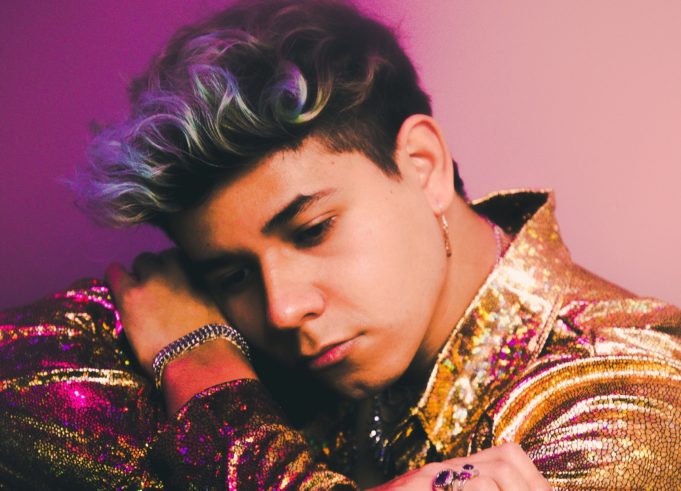 Canz and Windows are set to be indie pop’s next big thing. Originally Texas, the Duo decided to pack their bags and head to Los Angeles.

The indie pop band from El Paso, Texas caught our attention not long ago with their track ’22’ which quickly became a success. The brothers Johnny and Jason Mendoza started creating music under the name of ‘Canz and Windows’ in 2014.  After four years of creating music with little recognition, the duo decided it would be best if they moved from Texas and take a permanent residence in Los Angeles to further promote their music.

With going from a couple of hundred streams to over 350,000 in just a few months, Canz and Windows are set for success.

How did you first get started in music? What inspired you?

That’s a tough one! My house was always full of music growing up, especially during hard times. I remember my father would wake us up late at night, usually after he’d had a few too many cold ones. He’d tell my mother and me to listen to some songs with him. She never complained, she would just go and listen. It was like he was trying to tell us something but he didn’t know how. So he’d try to tell us through a song. I didn’t really understand at the time. I think I get it now, maybe more than I am proud to admit.

Can you tell me about your new track ‘Disco Queen’ which is being released on March 18th?

Disco Queen is definitely special. It’s been in the making for over a year and it was the first tune we wrote when we moved out to L.A. It kept us going when we were struggling and doubting whether things were going to look up. I remember us saying, “If we give up now, nobody will ever hear this banger!” Haha, it’s funny the way you can motivate yourself when you’re not sure if there’s a light at the end of the tunnel.

Our songwriting process is interesting to describe. It’s always consisted of just my brother and I. He’s always been good with words and lyrics so he takes care of that, even though I sing. I take care of the instruments and melodies. It’s unorthodox, but we get it. When your mom is as supportive as our mother is, yet your singing about things like addiction, sex, mental health and so on, it’s nice to be able to pass the blame to my brother for writing the lyrics. If she questions him, he just says, “Hey, Johnny sings it not me.” We ping-pong the blame back and forth. Hey, you got to fight for your right to party, am I right?

You had huge success with your track ’22’, what inspired you to create this track and what changed your mind about releasing it?

22 almost never got released. I was nervous to put it out. Everything else I had made at the time was with a full band, and the thought of having an acoustic song made me feel vulnerable. We had played a show one day and it went great. We got called out for an encore but had no other songs at the time. I had no choice but to walk out alone and play 22. I was just hoping the crowd wouldn’t laugh me off stage, but the impact it had on the fans was crazy. It was the first time I had ever played it live. I never looked back after that.

What do you think is the best song you’ve written and what is your favourite track from the ‘Fuck Your Heart’ EP?

The best song I’ve written is a tune called “Remind you” that will be on the album we are currently working on. It’s yet to be released. As far as the “Fuck Your Heart” EP my favourite track is “Fuck Your Heart”. It seems to be a feel-good drunken anthem to the fans.

Happy. Sad. Legend. That’s my social media name. I think it describes my music well. Well, at least the first two words. The last one I’m still working on haha. Pop tracks with words that could still make you cry. I love that stuff.

You guys go by the name of ‘Canz and Windows’, Who came up with the name and what was the reason behind it?

When we first started Canz and Windows, we had been trying to come up with a name for a while. We were taking a drive to a music store when we got challenged to a street race by some jerk on the road. We were too young and dumb at the time to say no, unfortunately. We ended up smoking this guy and his fancy car, but not before my brother had given him a cheeky farewell by mooning him. He caught up to us at the next stoplight, and feeling bested in front of his girlfriend, he decided to throw a full beer can at our window. Our window was destroyed but the name Canz and Windows were born. If you could tour with any artist or band, who would it be?

That’s a tough one, there are so many good Bop makers out there but Dua Lipa, Bruce Springsteen and The 1975 would be the dream.

What has been your most embarrassing moment on stage? Do you have one?

Not really any embarrassing moments on stage. I’d like to keep it that way.

Is there any venue that you’re dying to perform at?

The fans are what makes the live experience incredible. As long they are there, that’s all that matters to us.

Dancing in the Dark by Bruce Springsteen. Definitely.

We’d love to see you guys live, Do you have any plans to come to the UK?

Yes! London has been really good to us. We have a lot of fans in that city and the UK in general. We’d love to go soon!

Disco Queen by Canz and Windows is out now.