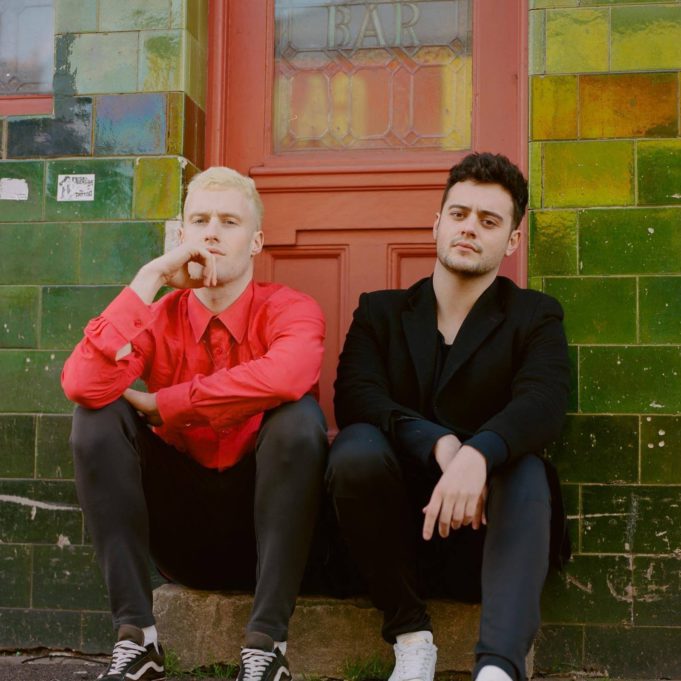 Haven’t heard of OMYO? Then where have you been? Under a rock or something?

OMYO a Pop/Rnb duo from England has been catching the attention of music lovers all around!

For those who haven’t yet heard of you, can you tell me a little about yourselves?

W – We’re a pop /Rnb duo from Oxfordshire. We actually met in a pub on New Year’s Eve and made a bet to write a song. Our second song was used by New Look in an advert and played on radio 1xtra so we had a feeling we were doing ok! Since then we’ve played in places from America to a Tiny Lake in Poland and had radio and Spotify charts around the world! Now we have also been writing and producing for others under our own label.

How did you get started in music? Who was your musical inspiration whilst growing up?

T – My Grandad was actually a soul singer so it’s always been in my family, I loved old soul and Motown music as it was always being played, but also love singer-songwriters

W – I grew up in music, as my dad was a manager so I was always being exposed to great old records from Motown and soul as well to classic pop and darker produced things. I have such a broad range of rap, metal, pop and classical! I love all of it! There’s always a song for every mood.

Can you tell me about your new track ‘Save me’?

T – We wrote it after the passing of Chester from Linkin Park and from personal experiences. As we have a growing profile and a platform, we really wanted to make a difference, as mental health issues are so prevalent in the music industry. In terms of style, it’s a bit of a classic OMYO arrangement with a melodic story told in a growing verse into an epic chorus, to get across the emotion of the song.

You have an upcoming show at the O2 Islington Academy2 next month, what can fans expect?

W – We’re going to have our full band, which really makes the shows epic, we also have a range of guests from some awesome support bands to features we have on previous and upcoming projects so the whole range of music experience is going to be quite something!

Will, We see you’re a successful model, do you prefer modelling or touring?

W – I love both, as they have their own areas of being creative and using certain skills but for me, music is always my first love and as we are our own label it’s really special. We curate all our branding, videos, shoots and productions so it’s really very rewarding to see your own ideas come to life but for both the travelling is amazing, finding yourself in a new place with a series of challenges is really great.

Who is your dream collaboration?

W – Machine Gun Kelly, for me he’s an incredible artist in both writing and live on stage. They have a massive band and the shows are absolutely crazy, his story is very inspiring too so to be a part of it would be great.

T – The Weeknd or JP Cooper, both are such great storytellers and artists! it would be really interesting to see how they work and what we could produce.

T – Will is a bit obsessive with work, so he can get very grumpy, very often!

W – Tom always needs a nap, no matter where or when he will have to find somewhere to “just have a little chill out”.

What has been the most important thing you’ve learnt as an artist in the past year?

W – Never give up, always pursue every avenue you can and even the smallest link or connection can lead to something way bigger. Just be stubborn and work, because that one email you couldn’t be bothered to send could be the one that opens many doors.

What advice would you give someone who wants a career like yours?

T – You’re not going to meet someone who is gonna change your life sat on the sofa, so get out and network, get amongst it and hustle. If you love a certain artist or brand, then go find a network chain to them and work up it. Always assume your skills aren’t good enough so you constantly are working on them. Release music often and keep trying to improve. You should play every concert like it’s your biggest, even if there are only a few people there. We played to 8 people one night in an early show and one of them owned a festival and put us in front of 20,000 a few weeks later!

We are looking forward to seeing you guys’ pop up more around the UK, what are your plans for this year?

T – We have a lot of shows through the summer all over the country, including a big series of PRIDES which will be great, there’s always amazing energy there. We’re releasing lots of new music, producing lots of other artists from dance to rap music (so expect some features by OMYO in different genres) We are working on a short film too and a clothing range. Plus we are off to LA in the summer to write and produce. So quite varied and exciting!

Make sure you catch OMYO on tour here:

O2 ISLINGTON ACADEMY2 ON MAY 31