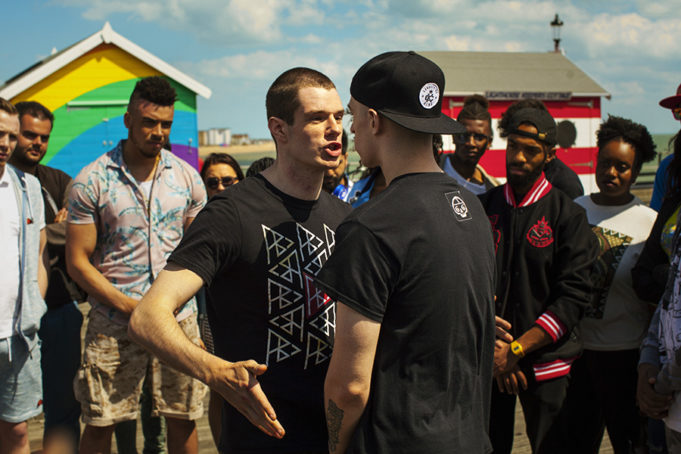 To celebrate the release of the gritty yet delicate and nuanced drama Vs. in cinema’s from October 19th, we have an exclusive clip from the film.

The film follows troubled foster-teen Adam (Conor Swindells) after he is relocated back to his birthplace in Southend. Adam is aggressive and out of control. However, when he meets charismatic promoter Makayla Lewis (Fola Evans-Akingbola), she introduces him to the exciting “no limits” world of UK battle-rap where Adam’s quick wit and sharp lyricism soon makes him a fan favourite.

Setting his sights on a match-up with local battle-god Slaughter (Shotty Horroh), Adam’s lyrics become more controversial and he’s prepared to say anything to win – even if it means alienating himself from Makayla and his new circle of friends. But when he doorsteps his biological mother after twelve years in care, he’s forced to face his toughest opponent yet: his past.

In the clip, Conner Swindell’s goes deep with cutting lyrics in his first battle rap against Jovian Wade.