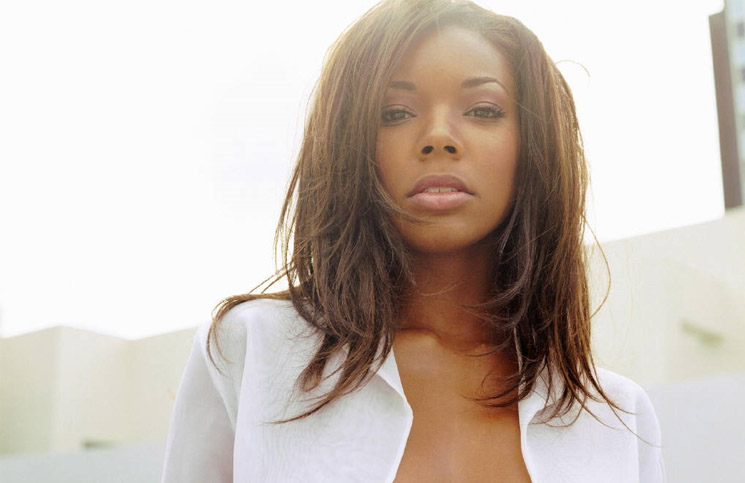 One fact is clear that in the US their ability to bring great ostensibly ethnic programs is far superior to the UK. So out of the can they bring Being Mary Jane which evidently has taken inspiration (in part) from Sex and The City. It’s a brilliant program that uses the central figure of a woman to explore the multi layered lives of women from their outwardly strong professional careers through to their personal lives where (as with anyone) we see more vulnerability.

So with that slight brief of this new drama where comedy and drama run side by side let’s take a quick look at the main female characters.

Mary Jane played by the gorgeous, delectable; fantastic oh my God I cannot help myself Gabrielle Union (woof woof) is the main protagonist in the series.  As the character whose live is detailed through her relationships with varying characters she is the connecting force.

In her work life she is driven and the pinnacle of professionalism. She is clearly on the verge of great success as a journalist but it is her private life that remains in a constant state of flux and indeed fragility.

Relationships for her oscillate between the seemingly unobtainable in the shape of Andre Daniels her life long interest (who is a bit of a bad boy) and David Paulk the man who on paper as the rich entrepreneur is the right man-why do women love a bad boy hey?

Despite her own personal battles Mary Jane is the archetypal ‘best friend’ and through humour and warm blunt assessments of the life’s of those close to her she is the ‘go to’ person for men and women in the show. Kara played by the yumsome Lisa Vidal is the best friend and work colleague (she is her producer) of Mary Jane. As is the case with best friends she knows everything there is to know about Mary Jane and indeed vice versa. Their life situations are similar as they both search for happiness that will fulfill their need for companionship. Kara however is coming off the back of a divorce after fifteen years with all the emotional luggage and fears that this brings.

While Mary Jane and Kara can have emotionally intense dis-agreements they are best friends and these situations are quickly resolved as they provide support for each other where the ultimate goal is to see each other find the happiness they feel they deserve. This is the matriarch of the series and of course the mother to our main protagonist and in a slight power reversal it is Mary Jane who supports in many respects her mother who is physically vulnerable. Of course a matriarch would not be a matriarch if they had no bite and sway and indeed Helen is always at hand to offer her advice to Mary Jane which at time is brutal but evidently always comes from a good place of genuine concern. Every mother’s dream is to see their daughter married off to a ‘fine’ man and she is no exception. Incidentally let’s not forget that at 70 Margaret Avery remains a natural beauty. Played by Raven Goodwin who was the very successful character in the children’s program Charlie Says is the niece that brings out Mary Jane’s playful side despite the fact that she is now a single mother with all the pressures that motherhood can bring. As is the case with the younger generation her forthright confident manner un-affected by the controlling factor of age is the perfect tonic for Mary Jane when she can become a little too bogged down in the rigors of life.  The relationship however is reciprocal and indeed Mary Jane as the older ‘sister’ of sorts will evidently help this young single mother to become a full grown woman.

Being Mary Jane is now BET UK every Monday at 10pm. To keep up to-to-date with BET follow @BET_Intl