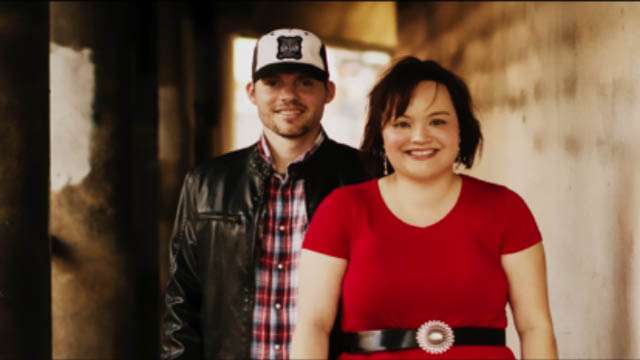 Nashville based Fine Lost Lines are set to release their debut EP on the 25th of November 2016.

Fine Lost Lines are mainly songwriting pair Matt Hardy and Christy Cantal-Moore, but the recordings here also feature two bassists, two drummers, a cellist, keyboardist / organist and lead guitars and include some of the finest musicians around such as Eric Flores (Saving Jane) and Paul Horton (Alabama Shakes).

Taking inspiration from a varied list of influences such as Linda Rondstadt, Florence & the Machine, Grace Potter, The Band Perry, Civil Wars, Shovels & Rope, Alex Turner, Jim Croce, Vampire Weekend, KT Tunstall, Janis Joplin and Patti Smith, Matt Hardy and Christy Cantal-Moore have been playing to ever growing and enthusiastic audiences all over the US  south east for the last three years. Matt hails from a musical family with roots in Muscle Shoals AL and Memphis TN while Christy has been performing shows since she was ten years old embracing a host of genres from Bluegrass to R&B.

The phrase “Fine Lost Lines” expresses the fusion of musical stylings of the pair and they go against convention of not being confined by one kind of sound. Their songwriting craft is an ebb and flow of diverse inspirations, where they endeavor to blend the lines between roots and modern music. The first results of this creative process are the stunning songs on this EP and they’ve more than proven that they can work together to great effect.