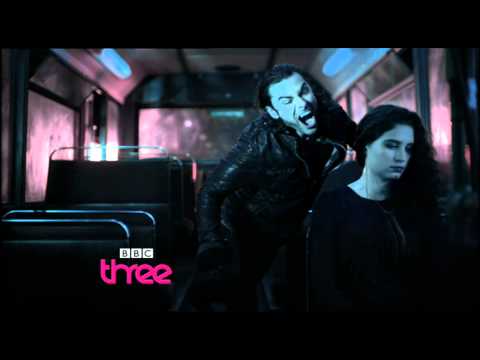 We’ve got loads of stories to keep you tuned in and switched on. It’s Back!!! The third series of the highly acclaimed BBC Three show returns to our screens.

Our resident werewolf’s, and vampire have upped sticks and moved to Barry in Wales in order to keep their secret life secret.

Guess who makes an appearance?

Staceeey!!! Albert Square’s former resident bad girl shows up as Lia and lets Mitch in on a few home truths.Click on the link to view the trailer Hurrah American Idol has returned but without Simon. I’m not quite sure if that would work, it’s kind of like having corn flakes with no milk, fish with no chips or bun with out the cheese…. You get my drift.

We might be missing a certain Mr. Cowell but two new judges, Jenny from the Block and the Guy who sang the Armageddon song might just make up for the loss. Tune into ITV 2 or watch it on itv player Just when we thought it was safe for the nations grand daughters, the cheeky duo will be reunited once more. Jonathan Ross and Russell Brand are set to get the audience going at the British Comedy Awards.

The pranksters will undoubtedly make reference to Satchgate during the live show. Tune into see what they get up to.

The British Comedy Awards goes out on Channel 4 Saturday at 9pm. Ok peeps I will be the first to admit it, I’m glued to Take Me Out. Yes I know it’s a modern day version of Blind date without Cilla and “our Graham” but I have been known to laugh at a couple of Paddies jokes,

oh all right then just one.

Tune in on Saturdays at 8 ITV1 to catch up with Paddy and his bevy of beauties or alternatively catch up on ITV Player. HBO’s new hard-hitting drama directed by Martin Scorsese and staring Steve Buscemi is Sky’s one to watch. The series Chronicles the Life of Nucky Thompson part gangster part politician who revels in 1920’s Atlantic city prohibition laws, profiting from the gigantic change in opportunity and culture.

Written by Terence Winter The Emmy award winning writer of the Sopranos, I can’t wait to see it. The whole nations been talking about it, diamante encrusted tiaras, gigantic dresses and a right old knees up. Missed it? Catch it on 4OD

One of the biggest nights of the year in the Showbiz calendar is the National Television Awards.

Make sure you vote for your fave programme.