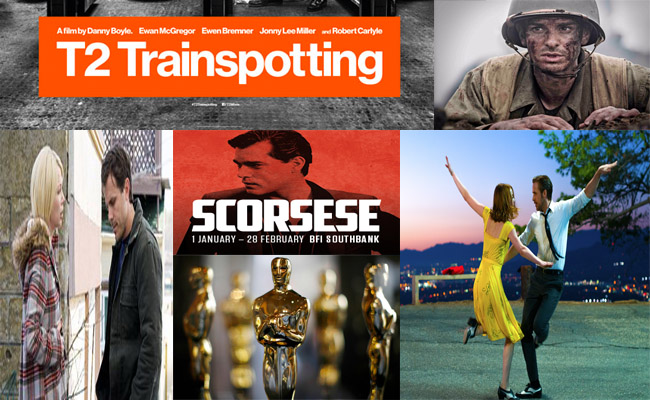 The Flavourmag Film team, consisting of Film Editor Zehra Phelan, Daisy Edwards and Freda Cooper bring you a bumper edition of our monthly podcast of the best cinema and DVD releases.

January includes La La Land, Machester By The Sea with Michelle Williams, Hacksaw Ridge with Andrew Garfield, and T2 Trainspotting with the cast. We also give our roundup of Award nominations and our Spotlight piece on Martin Scorsese to coincide with the BFI’s Scorsese season which runs until the 28th of February.

We also have Noel Clarke popping by to give us a few words on the EE Rising Star award nominations.