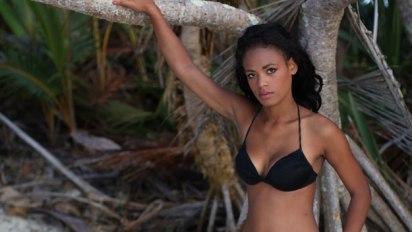 Former Miss Jamaica Uk, Salema Radford talks about giving up her crown to another budding beauty and taking part in Channel 4’s Shipwrecked. It has been quite a year for Salema and we can’t wait for what she has in store for 2012.

How it as Miss Jamaica UK?

What is the best thing about winning Miss Jamaica UK? How do you feel about handing over your crown?

Its so sad because I love being able to say “I’m Miss Jamaica UK!” but I’m looking forward to helping chose the next girl who will have the amazing experiences I’ve had, and also continiung to work with the director of the pageant June Daley in the future.

Will you be entering any other beauty pageants for next year?

Since Miss Jamaica UK I have taken part in Model of the Year, where I was 3rd runner up, and have represented England at Miss Freedom of the World in Kosovo where I came 4th runner up out of 50 countries. The organiser of Miss Jamaica UK is also sending me to Prague in October 2012 to represent Jamaica at Miss Princess of the World. I’m thinking about entering Miss England this year, but I am unsure because in 2009 Rachel Christie won Miss England; she was the first black woman to achieve this, but sadly she had to give up the title after a scandal. I feel that perhaps Miss England isn’t ready for another black winner yet, so it might be pointless for me to enter.

How did you get involved with Channel 4’s Shipwrecked reality TV show?

I heard about the auditions on StarNow, and was invited to the first round, I talked about my medical degree and being Miss Jamaica UK. A few weeks later I was invited to the next round, which was an hour long filmed interview. I don’t even remember what I said! I was then told I didn’t make it onto the show, but a week before I flew out they called me to tell me they did after all! I had to pack and film my “meet the islanders” video in such a rush.

What is your best experience on Shipwrecked so far?

My best experience on Shipwrecked won’t be show for a few weeks, so I can’t say, but until now I would have to say seeing the boys strip, Dominique was so shocked she knocked my drink out of my hand, it was hilarious, we compared all the guy’s “sizes!”

What is your worst experience on Shipwrecked so far?

So far the worst experience on the show was my first night on the island, I slept on the beach with Danni, Kitten, Joe and Ashlie, and in the middle of the night was woken up by rain soaking me. It was pitch black and we had to shuffle in our sleeping bags to a shelter that wasn’t even waterproof, I woke up miserable, wet and found out the pigs had eaten all the fruit for breakfast so I was also starving. I remember thinking, “this is hell, I want to go home!” What can we expect from you in the coming episodes?

I don’t want to give too much away, but I might have an “island romance”, but it may not be all it seems! On the island I became known as the “island gossip”, which definitely caused some drama! You’ll have to keep watching to find out.

If you were shipwrecked, where would you like to be? And if you could only take 3 things what would it be?

While on the show I began to realise that you really don’t need a lot to survive, but a hot guy, a nice house to sleep in and some Nando’s chicken would help. After living on a desert island I never want to see sand again, so I’d be shipwrecked somewhere with grass or concrete!

What exciting things do you have planned for 2012?

I don’t plan things well, so all I’m going to say is “watch this space!”