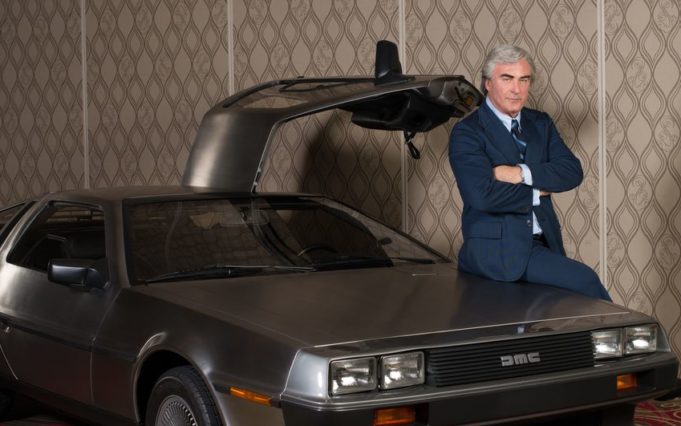 A fascinating delve into a visionary dreamer.

The DeLorean is more than just the time-travelling machine from ‘Back To The Future’, it was the lifelong dream of its very creator, John Z DeLorean. An American dreamer and lone-wolf who thought his vision could set him up for life. Part biopic, part documentary, directors Don Argott and Sheena M. Joyce take us through the rise and fall of this iconic figure whose life could have come straight out of the movies.

The doc has a tendency to reach out its tentacles and latches onto the soul of fascination from its first half, DeLorean starting off his motor industry life at General Motors as an engineer and becoming one of their most successful employers despite the executive’s open disdain for the life he leads outside of the company. Full of charm and charisma, DeLorean was a visionary, moving with the times and living his life in the celebrity spotlight. The problem was he thought he was bigger than the company. When he publicly criticised the company for their conservative outlook and their reluctance to move with the times, he was shown the door.

Meshed together with testimonies from his colleagues and his own family including his very angry and resentful son, Argott and Joyce have embedded the documentary with relevant periods acted out with Alex Baldwin playing the role of DeLorean. With his dyed bushy eyebrows, Baldwin has an uncanny resemblance to the man who was obsessed with making his futuristic yet affordable sports car dream a reality. This opens up another layer to the retelling of DeLorean’s life as behind the scenes footage of Baldwin, during filming, also psychoanalysing the man behind the metal.

If you think of what Steve Jobs did for Apple, DeLorean would have been the equivalent for the sports car if his quest to build the car hadn’t hit a few crucial snags along the way. Via his celebrity lifestyle and marriage to the then supermodel Cristina Ferrare, he wasn’t short on investors to come on board to start his own car company in the hopes he could rival that of General Motors. He also managed to obtain a deal with the then Labour Government which saw his factory open in Belfast with a promise of a cash injection from the government. However, production was far from plain sailing. With rushed production leading to many defects, sales in cars hitting a brick wall and the arrival of Margaret Thatcher as PM the shit really hit the fan for DeLorean. Drug deals and FBI stings (or total set-up) saw the man fall from grace with an almighty drop.

It’s only a matter of time before this man’s failures will hit the Hollywood studios, a fascinating delve into a forgotten dreamer.