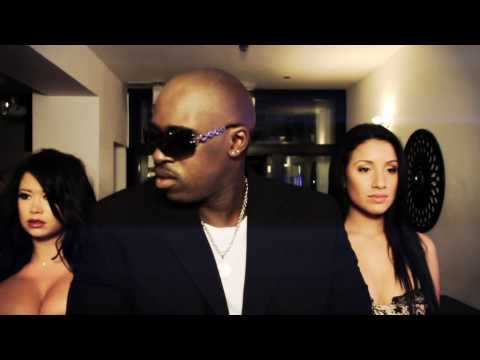 For those of you who have not heard the name… where have you been? Kruga has graced the UK hip hop scene for over a decade now and is strongly recognized as one of the few artists left in the game who has helped open the doors for today’s successful UK rap/grime artists.

Kruga formally known as Fredi Kruga started off performing on small sound systems where he would combine his dancehall style with rap. This steadily progressed to performing at carnivals and festivals and in the past he has worked with and supported many top lining acts such as DMX, SWAY, DONELL JONES, BRANDY, LEMAR, LORD TARIQ, and PETER GUNZ, CAPLETON, H-TOWN, POV to name a few.

He became the first UK Artist to be affiliated with the notorious Wu-Tang logo when he was signed to WU-International by Mark Cordner and won several awards in the past at the UK Hip Hop Awards.

Kruga has gone from strength to strength and as well as keeping his head in the music game has also pursued an acting career and has most recently starred in the movie ‘Deadman Running’ alongside Curtis ‘50CENT’ Jackson, Danny Dyer and Brenda Blethyn.

His distinctive muscular build and acting skills has already seen him cast for a number of other films being shot in the near future, including SOLE REDEMPTION and LIFE AND DEATH. He also directs and hosts his own street DVD called MARRIED 2 DA STREETZ which is now on chapter three and has in the past been nominated for a SCREEN NATION AWARD.

A loving father, Kruga has always thought it important to give back to the community and has formed a number of companies including FATHERSTOGETHER (www.fatherstogether.com) which encourages fathers to play an active role in their children’s lives.

There is no doubt that Kruga is here to stay and his clever word play, dynamic delivery and undeniable stage presence makes his return a welcome fresh of breath air to the UK rap scene. Ask about Kruga’s performances and they will tell you that it is not uncommon to see him perform after jumping out of a real coffin or amidst a group of zombie clad dancers.

Ask him what is on the horizon and he’ll tell you….“What’s next Krugz, people always ask me the same ole….. so I tell em why aim for the sky when you can aim for the angels”

For more info, check out www.officialkruga.com