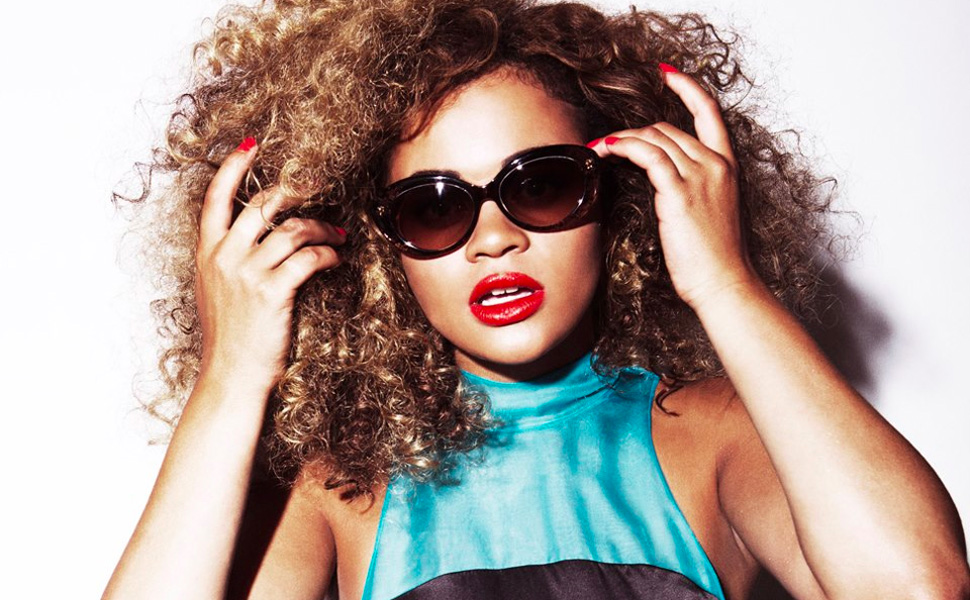 Ok so welcome back people I hope you had a great ending of 2012 but facts are facts we are now back to the normal routine and it’s hustle hustle, make moves, make plans and fulfil your ambitions without stepping on anybody of course because you never know when you might need to meet those people again.

Please make sure you get onto the Flavour Ditto competition for £2500 of promotion, a brilliant prize. There has been a great response to the final acts that are vying for this brilliant prize and at the time of writing there have been over 4,000 views to date since the competition was launched amazing so please check out the acts and vote for your favourite. Stay locked for the announcement of the eventual winner and of course stay locked because before the year is out there will be another competition.

So in this issue of Future Flavours it’s the usual mix bag of artists/bands which cross the genres like Jason Bourne and his multiple passports trying to find out his real name-let’s go in!

Twitter once again is the culprit for this gem of a find.

The band London Grammar are so new that finding information on them was like trying to find Jason Bourne “he’s behind you” but that actually just adds to the appeal. They have already gained supporters in a short space of time like VV Brown, while djs like Zane Lowe, Annie Hobbs and others have played their first release, Hey Now which is an absolutely awesome track.

From the opening of this release with its synthesised piano chords and that rather ethereal vocal, Hey Now grabs you by the back of the neck and gives you a sensual morning kiss. The track (which will spawn many remixes) meanders through a world that would be akin to Pandora in the huge film Avatar: earthly tones, a mellow melodic laid back intensity, subtle accompaniments of electric guitar are backed by the vocals of the lead singer who speaks words of a love that seems slightly dark. The singer is almost like Enya but with a more powerful and varied delivery.

While they may have missed the polls for bands to watch for 2013 if their current creative trajectory stays true, late 2013 early 2014 beckons.

Ady is an artist who could have a long career because his music to a degree does not seem to be bound by a sound particular to a period of time. That’s a big statement because this young guy originally from Nottingham has only just put his head into the musical jungle where wild A and Rs (particularly blessed in the canine department) roam looking for their next kill. Truth be told the A and Rs have already sniffed him out and a few big labels have had a couple of tentative pounces. While I will not say who exactly has shown interest it is safe to say that they are on his tail.

The reason for this is because the singer songwriter is hugely talented in both areas. Un-shackled by some outside forces his music is a mix of genres go check his Sound Cloud  and it’s all done with a humble swagger.

How about something slightly jazzy?

He’s been likened to a young Amy Winehouse a huge accolade and one you can understand when you hear that distinctive vocal. He has shows coming up in London (look out) but more importantly however the young guy is in the studio working on his next body of work and so it will be great to hear what he brings to the table.

Intro Intro as the first released material from the West London Little Nikki does exactly what it states on the tin and introduces a rather prodigious UK pop talent to rival Rita Ora (who she has supported) as a successful home grown talent.

Into Intro bumps along with a catchy grim come ragga like beat and a heavy bass to tear through some 15 inch subs. Little Nikki in turn drops some sweet melodic vocals that seamlessly seem to flit between a Caribbean ragga delivery and a quintessential LDN sound with that trendy gusto. The video smacks it as well for simple effectiveness essentially following Nikki and a compadre as they cause elements of playful mischievousness (after all she is only 16 that’s just what ya do!).

Check out this feature on L Marshall’s Castles where Nikki once again goes in.

Currently signed to Colombia this youngster has already toured with names like Pixie Lott and Justin Bieber-not bad hey?! 2013 looks set to be a very big year for this young lady who incidentally co writes all of her material so watch out for a Little Nikki growth spurt particularly when she drops that debut album that she is working on with K-Gee remember him he’s worked with Jessie J?!

If London’s Grammar back story was scant then Josef Salvat’s story is non-existent-it’s like Jason Bourne at the beginning of his journey-“where am I”?!

Info I can provide is that the guy is Australian and he lives in the UK. This singer songwriter has recently released This Life and I really love this track that does the whole pop ambient sound thing to a tee. He kind of reminds me a little bit of the talented Gotye and with this track it kind of adds to that notion. The track has been gaining huge support from big names in the industry-what do you think of it?

Joel Baker-definitely not killing the vibe

Nottingham once again features in this edition with the totally soulful Joel Baker who does to music what oil does for a massage “oh that’s the spot!” His refix of Kendrick Lamar’s Bitch Don’t Kill My Vibe” takes this track and makes it so sexy that steam is literally rising off every vocal he utters.

Now living in London he splits his time between his day job working in the Parliament and working with his producers in North London, The Confectionary. This dual life a feature for all those generally trying to make it in the difficult world of music has produced some cuts that you need in your life. If The Sky is a simple acoustic number professing the joys of spending time with someone you love-it’s gorgeous and points to an artist with a knack for simple but effective song writing.

I am also feeling his collabo with an equally talented artist Monique Sian on a 5 track album called Soul On My Sleeve. It’s old, dropped back in November 2011 but it’s neo soul that is like licking hot melted chocolate of someone you really love-“umhhh”-Throw Some More of that body of work absolutely kills it with that sexy electric guitar rift!

So this year new material will obviously be needed and he is not going to disappoint. He has a series of covers called that will be dropping soon-I love this cover he did for his Restyles cover ep.

Love his refix of the Maverick Sabre number I Need off the EP-I actually think there are some similarities to Sabre and this cover really cements that comparison.

Since dropping her track Attitude a feel good bit of sassiness in October featuring Twizzle, Blaise has indeed been setting tongues wagging for her undiluted pop music.

The 16 year old who writes as well is now releasing her second single Thunderstorm off her soon to drop EP Sing Out Loud which is released at the end of February. The radio cut is a high octane piece of pop RnB which I think is better than her first release displaying a stronger writing ability, a sound that is pop without being over the top and a strong hook and chorus.

The remixes count for some fifteen but I am feeling cuts from Destro who drops that old skool rave beat (played on Kiss FM recently) and Cassetti who destroys the place with a dub-step-aganza the drop is durrtttyyyy! Andi Durrant and Steve Moore from Capital FM also step into the mix with a club refix. As a vote of confidence apparently the track has been taken up by as undisclosed world-wide game as the feature track (money in the bank).

Look out for Blaise performing at Music Week’s Breakout event at the end of January and of course look out for that EP.

The plaudits have been raining down on this twenty year old South Londoner like Jason Bourne being subjected to rapid Ak-47 fire from some particularly rough spies when he finally knows his name-“I am David Webb”? (I prefer Jason Bourne sounds much harder!).

She has already featured on the BBC Ones To Watch and it’s simple to see why with that gorgeous look and that great voice; there are many artists with such a combination however that never make it but after making the decision to focus on music she  is on the way to making it. Her demo Hard To Love Somebody was heard by the great Nas who wanted to work with her and dropped his cerebral bars over the demo to create something beautifully urban she actually recorded this in LA with Nas. Since then things have truly lifted off.

This is a massive look since Nas has only ever featured on one other UK artist’s track and that was Amy Winehouse.

As a further notch in her burgeoning musical cv Arlissa was the first to perform on the New Year’s Eve Top of The Pops programme as a one to watch with her first single Sticks and Stones due for release on the 3rd March. (that has never been done in its near forty year history).

While her music can be classed as pop her vocal is distinctive, it’s a rousing, versatile and emotive resisting any genre restrictions I really like it-check this performance at the mighty Bestival.

So 2013 we will be waiting for that debut album-Arlissa looks set for some very big moves.