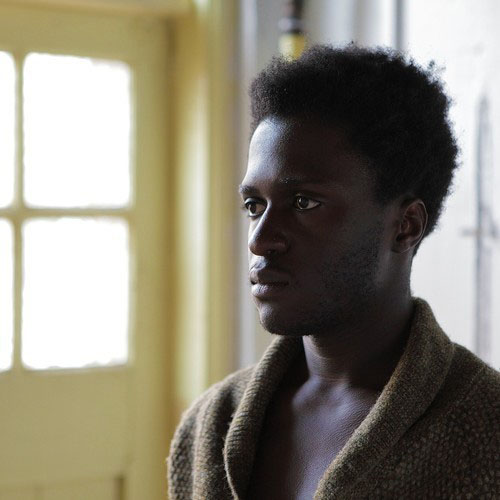 This is the second Future Flavours of the year and what a massive look because a lady – who I previously featured late last year – Laura Mvula is really taking things to the head. She is currently receiving huge praises and has been hotly tipped for big things….You just watch this space!


Iggy Azalea putting in the Work!

I think I bemoaned the fact that we were a little thin on the ground in terms of the number of femcees both here and in the states-so what happens? Well an Australian femcee (first that I can think of ever) is starting to drop bombs on a global scene. Iggy Azalea is no stranger to being the ‘first’ at something recently she became the first female and non US rapper to grace the cover of XXL-big look!

She’s in that mould of Azealia Banks where overt sexuality is set in parallels with a woman with balls the size of a rutting bull- scary! Her flow (for an Australian) sounds US all courtesy apparently of a spell in the states. Her current mix-tape doing the circulation is  Trap Gold.

This second mix-tape has the man like Diplo pushing the buttons and he manages to bring his flair exploding on a mix-tape full of that, that thuggish bouncing beat, heavy bass and her Southern Crunk bars/double time all combine for tracks that are club bangers with a capital B. The lyrics are explicit so expect a word that rhymes with ‘bossy’ to come up with the regularity of a conjunction (did you get it?).

Recently she supported Rita Ora on her massive tours and so look out for the possible Iggy-nopoly of the female rap game as she follows up with the anthemic Work followed closely by her album New Classics.

So it’s from Australia to the UK with J Appiah who is a box fresh singer songwriter. It’s great that in the UK we are really getting more and more diverse artists not just intent on seeking fame and glory as an emcee but as a vocalist. J Appiah has already started the journalists and others frothing with his first release I A’int Rich Yet which was premiered on DJ Target’s show.

Taken from his debut ep Studiocoustic and produced by EMI signed O.D Hunte (Wretch 32, Emeli Sande, Leona Lewis), it’s a nice simple introduction to J. Despite his first single’s title, this is not your run of the mill track about wanting the ostentatious trappings of success. It is rather a track about J Appiah’s wish to acknowledge those that have kept the faith in him and his talent as he ultimately strives in a determined fashion for the success that his talent warrants-I really love the simplicity of this guitar driven soulful number. The track actually gained track of the week on the BBC a huge benchmark.

Importantly J Appiah is a singer of great versatility so do not for a second think he’s a one trick acoustic guitar artist. Checking out his website he’s got two snippets which are RnB flexes-Born to Fly and Place I know and his ode of sorts to his mother which evidently sees him dropping a bit of pidgin a direct acknowledgement of his Ghanaian roots-watch out for J!

Ok from one male vocalist to another-Kwabs. When I first heard this guy’s voice I was like good grief! It was actually a friend of mine who introduced me to this amazingly distinctive vocalist and once I heard him I was an immediate fan. If you can imagine a voice with Barry White’s depth and resonance with John Legend’s emotional vocal-then you kind of have Kwabs. The thing with Kwabs is while that voice resonance at frequencies only whales can hear he also drops a falsetto bit of niceness that kind of shocks because he is able to hit the opposite extreme of his normal delivery with ease.

Check this track which holds you in a hypnotic aural-ganza of emotional power-incidentally the phenomenal Jessie Ware is a big fan of Kwabs and this track.

There’s a cover he did of the James Blake classic where he has a full band and his rendition is what you have to call totally on point. Of course dropping a selection of covers will only get you so far-no fear he has original music out there and it is excellent. From Getaway to my personal favourite Lay Back this guy is a singer who just has to reach a bigger audience. I actually spoke with his manager recently and his journey is only at the beginning so get onto him quick I have a feeling this guy might be huge.

I can hear the Syron singing!

Well 20 year old Syron (Daisy Tullulah Syron-Russell) has certainly sounded a siren with her seductive serenading sentences (I was trying to keep the alliteration going!). She has already been hailed as one of the coolest female singers in the equally cool I-D magazine. I think that cool tag has to definitely come from the fact that she can rock a peroxide blond cru cut with ease (I am a closest fashionista not!). I always think that a lady needs infinite amounts of swagger to pull off the cru cut the quantity of swagger that would cause Chris Brown to stand up and applaud you even if he despised you like your name was Frank Ocean. I digress anyway the other fact she is cool because she is a great singer/songwriter.

His first release of sorts was Breaking released on Butter Records a soulful bit of house, come garage-it evidently helped bring the baying media interest. After that she dropped the immediately get up and dance track Waterproof produced by Huxley an acknowledgement of her rave past (where’s ya WHISTLES?!)

This year sees her dropping her next release Here, again on Butter Records alongside the iconic Ministry Of Sound. Syron takes things up a notch with this addictive commercially friendly outing which starts out with a ragga like beat before bursting headlong into a rousing synth driven drop before returning to that bumping sound. Hosting some seven remixes it is a great sign for the Londoner. The remixes do the obligatory delving into a number of different genres personally I love the drum and bass mix by Calyx and TeeBee.

Look out for more and more of Syron but on the immediate horizon she headlines a gig on the March 6th https://www.ticketabc.com/events/syron/ so get down to that I will be there defo.

Sam Smith is someone to definitely watch out for. I tried to get as much info as I could but even the PR answered my “where’s his bio?” with an apologetic: “I am afraid we do not have one”-sometimes the best PR is a lack of information!

No matter first things first just Sam’s first release is the track Lay Me Down. The track written about loosing someone close was produced by the dynamic garage-house UK duo Disclosure. In fact this is not the first time Sam has worked with Disclosure. He appears on the soulful, pounding sound of Latch from their album-it’s great.

Lay Me Down actually premiered on the institution that is Annie Mac’s Radio 1 show-it’s brilliant because this is a track that is essentially a ballad and is far removed from the house and garage we are used to from Disclosure.

I am a sucker for a stripped back acoustic number and while I am feeling the original number by Disclosure I like the piano driven take with a simple but effective video which is classy and displays Sam’s immense and emotive vocal range-his rather beautiful vocal smashes it. That vocal incidentally reminds me of one Daley but he is definitely an individual-Sam is an immense talent and one to watch.