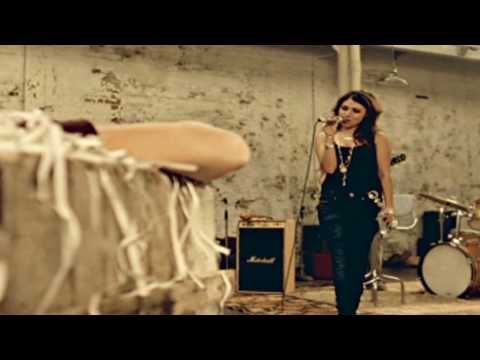 And following on from scoring a top 10 hit with the infectious dance-floor anthem, ‘On A Mission’ and from supporting Leona Lewis on her nationwide UK tour, Gabriella takes a “ballsy pop” turn with Ten.

The ballad ‘Defender’, produced by Invisible Men (Noisettes), is one of the stand out tracks on ‘Ten’. Showcasing Gabriella’s unique vocals ‘Defender’ has all the ingredients of an anthemic power balled made to melt radio airwaves.

‘Magic Carpet Ride’ is the lead single and the featured track from new film Soul Boy, a coming-of-age drama set in the 1970s Northern Soul underground music scene starring Alfie Allen and Martin Compston (Disappearance Of Alice Creed, ‘The Damned United’). The film recently won rave reviews at the Edinburgh Film Festival. Soul Boy is out in Cinema’s on August 21st, and the Soundtrack for the film will be released on August 23rd.

Gabriella Cilmi was catapulted to global fame by her worldwide mega hit, ‘Sweet About Me’, which sold over 2 million copies, was top ten in 16 countries, viewed over 20 million times on you tube, spent 37 consecutive weeks in the UK singles chart in 2008 and was recently PRS certified the most played record of 2009. Gabriella’s debut album ‘Lessons to be Learned’ went top 10 in over 10 countries, notching up over a million sales. The combination of commercial punch and genuine musical spirit in one so young – Gabriella signed her first record contract at 13 years old – quickly earned Cilmi critical admiration. She won 6 Aria awards in her native Australia (including Best Female, Best Album and Single Of The Year) and was nominated for a host of illustrious awards, including a BRIT, Q, MTV Europe, Ivor Novello and Echo award. Gabriella toured the world extensively, interspersing arena dates with festival appearances, including a Pyramid Stage slot at Glastonbury 2009.

Gabriella Cilmi’s album ‘Ten’ is available now. Double A Side single ‘Defender & Magic Carpet Ride’ will be released by Island Records on 22nd August 2010. Gabriella Cilmi will be performing at both V Festival and Oxygen Festival over the summer.

Check out Gabriella’s talented pop mix with soft ballad Sweet About Me and her feisty 80’s style On A Mission: