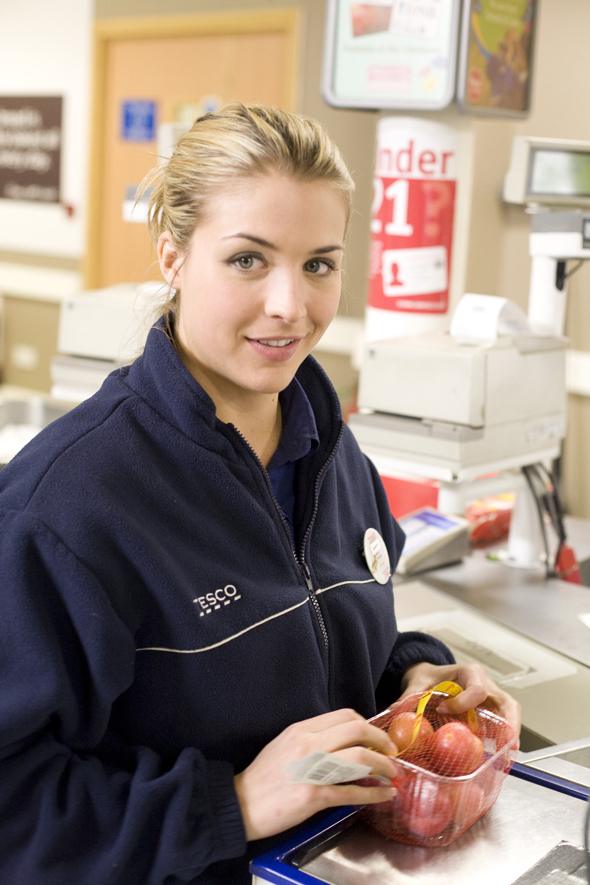 You play Karen in the new British gangster film Baseline can you tell us a bit about your character?
My character Karen works in a super market, which gets held up by an armed robber. She’s very girl next door and is absolutely petrified when the shop gets robbed.

Can you give us a brief synopsis about the film?
The film is about the dark side of the nightclub scene. Its shows what can go on behind the scenes including drug use, bribery, competition and the road some people are willing to take to run a successful business. It plays on the idea that when a business is doing well and the money is coming in, it can lead to lots of problems, because the greed kicks in. The film is pretty gritty and occasionally violent does it have an element of dark comedy?
I definitely think the film has an edge of dark comedy. Obviously it’s very violent in parts but it’s very well written and there are some great one-liners from certain characters, said at just the right time too.

What can you tell us about Director Brendon O’Loughlin? What was it like working with him?
Brendan the director was great to work with. He was very patient with everyone and although I was only on set for the 3 scenes, I could see how passionate he was about the movie. How did you find working with established actors including Dexter Fletcher from Lock Stock and Jamie Foreman from Layer Cake?
Unfortunately none of my scenes were with Dexter or Jamie, but I did meet them at the wrap party and they were great. I’m thrilled to have my name associated with these successful actors in this movie. You had a long starring role in Hollyoaks and have had roles in Boogie Woogie and the bill. How does acting for the big screen compare to acting in a soap?
Compared to filming for a TV program I would say things are a lot slower and laid back on film. You tend to use the phrase ‘hurry up and wait’ quite a lot! Everything is on a much larger scale and there’s usually more people to keep happy and more names to remember! With TV you sometimes have to rush a scene as you’re on a deadline to get the episode commissioned, but with a movie they are sometimes able to be a bit more flexible depending on the location. Do you have any exciting up and coming projects?
I have two more movies out later this year. One is a horror called 13HOURS which is premiering on Fright Fest on Film Four on the 28th August and the other is called THE SWEETSHOP which is due to be released in September. I had a great time making both these movies and I hope the public enjoys them too The trailer can also be found on: http://www.baselinethemovie.com/