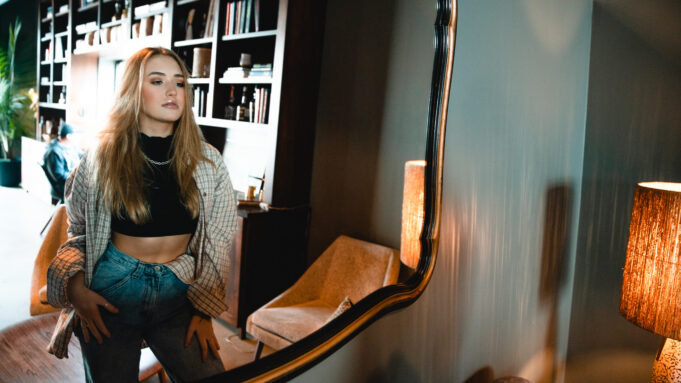 Underscored by layered harmonies and full-bodied instrumentation, Gillian’s R&B-infused pop vocals take centre stage on “Desperate” as she sings of the guilt and thrill that comes with having a crush while in a relationship.

Talking to Flavour about her new single, Gillian said: “I think that ‘Desperate’ really sets the tone of the album, it was one of the first songs I wrote for the album and it’s one of my favourites”.

Gillian Heidi treats her music as a conduit for truth. Whether behind the piano or with a guitar in hand, the Boston-based artist chronicles life’s ups and downs, ebbs and flows, and trials and tribulations with thoughtful clarity, poetic eloquence, and a stirring soulful voice.

Documenting the dissolution of a relationship, confronting the pains of addiction, or facing loneliness, she confidently conveys unbridled emotion with wisdom that belies her 16 years of age.