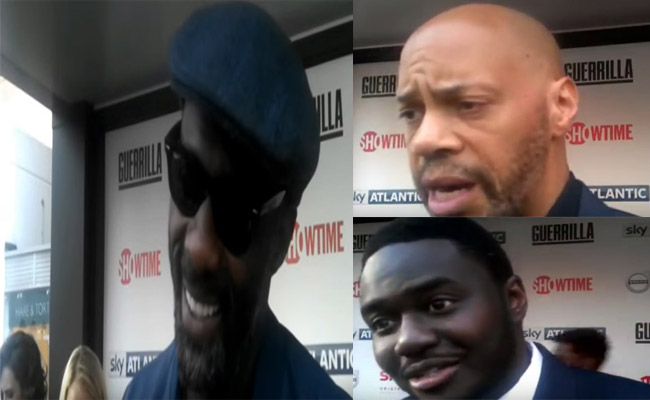 Last night Flavourmag attended the premiere of the new Sky Atlantic series, Guerrilla, which see’s all episodes available from 13 April exclusively on Sky Atlantic and NOW TV, we caught up with a few of the stars of the show on the red carpet.

Guerrilla follows politically active lovers Jas (Freida Pinto) and Marcus (Babou Ceesay) and their friends as political becomes personal in a highly charged show of racial tensions in 70’s London that will shock, captivate and cause audiences to debate with passion this mesmerising show.

Coming from the creative mind of 12 Years a Slave writer, John Ridley, who serves as creator, director and writer, he has teamed up with Idris Elba who serves as executive producer and has a smaller role as Kent, Jas’s peace loving ex-boyfriend. Also in the cast are Babou Ceesay (Free Fire), Rory Kinnear, Daniel Mays, Zawe Ashton, Brandon Scott and Denise Gough.

Zehra Phelan spoke to most of the cast on the red carpet before the screening. Watch all the interviews below.

All episodes of Guerrilla are available from 13 April exclusively on Sky Atlantic and NOW TV.