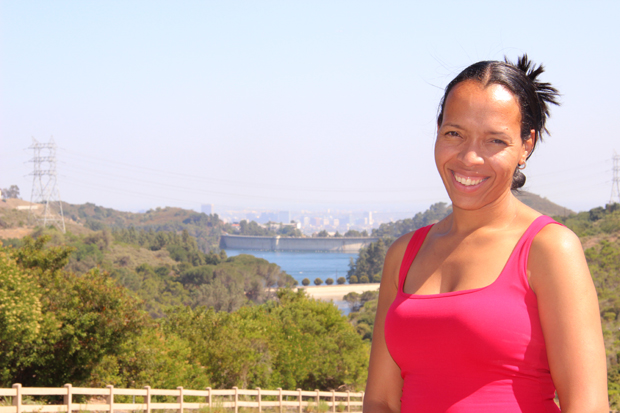 Henca Maduro is a Dutch business woman and founder of New Skool Rules (NSRs), a three-day conference in Rotterdam connecting global hip-hop and R&B artists with music industry leaders. Since its inception in 2009 the event has gone from strength to strength and in 2011 hosted over 1,000 guests from 31 countries and speakers like MTV’s Sway, Allhiphop’s Grouchy Greg and Chuck Creekmur as well as BBC Radio 1xtra’s Charlie Sloth and our very own editor Annika Allen.

NSRs 2013 conference takes place from April 5-7. We caught up with Henca to find out what’s in store for people attending this year’s event.

What inspired you to start NSRs?
Having been around in the music industry for years, travelling across the globe realising, that there were people everywhere with the same love for Hip Hop Culture, with the same successes and the same struggles, but because they didn’t know about each other or know each other it seemed like they had reached their full potential but they hadn’t. I felt like, by creating a global infrastructure for movers and shakers, but also for up and coming talent, producers, songwriters and managers we would still be enjoying good hip hop, rnb, soul music etc in 20 years from now. I felt we could be so much stronger, if we all joined forces. For instance, their might be a UK artist that people in the UK are not really feeling, for whatever reason, but if he would do the same thing in the Netherlands, they might love him. He might have a following online but nothing beats performing for your fans in real life. To do so, he needs to know a booking agent in the Netherlands and preferably some press. At New Skool Rules he can meet the potential fans, the booking agent and press representatives from the Netherlands, but also from Germany, France, Belgium, Canada and the US.

What exciting things have you got planned for this year’s conference?
That’s hard to say, because the 3 day schedule is JAMPACKED! If you’re in this industry or are trying to get in the industry as an artists or someone behind the scenes it definitely the complete conference including the panels, workshops, masterclasses, demo-listening sessions, showcases and speed date sessions. If you just want to come to hang out and have fun. The 2 after parties on Friday and Saturday with loads of international DJ’s including Female DJ Take Over from the UK and UK DJ Link Up with Mr. Play, but also Keri Hilson’s tour DJ from Atlanta DJ Trauma! If I would look at it from an up and coming artist perspective I would say the jam sessions, the auditions, the demo listening sessions. Anything where I can get my music heard. Who are some of the panellists attendees can expect to network with and hear from at this event?
Grammy Award winning producer Needlz (US) who’s known for creating Bruno Mars worldwide number one single. Zeke Lewis (US), part of songwriters hitteam the Clutch (Keri Hilson is also part of this collective) but also VP of A&R for Motown Records. Grammy Award winning producer/ entrepreneur Anthony Dent (US), a.o. responsible for the smash hits Survivor and Nasty Girls by Destiny’s child, Fiona Bloom (US), booking agent that books acts from outside of the US in the US, Charlie Sloth (UK) from BBC One Extra, Ray Paul (Co-Owner Bang FM), Benjamin Scarr (A&R Manager Universal), he was instrumental in signing most of the UK HipHopActs, Yaniz Merican (Mal) major Asian Booker/ Manager etc. We’ve only announced 40% of our line-up, so people need to check the website for updates.

What kind of topics can people expect to be discussed over the three days?
The topics range from talent development, to demo-listening sessions with feedback, to what women got to do to be successful in this industry, to traditional media versus bloggers, to how to get global bookings, to a focus on the UK market and a focus on the Canadian market, but also what can be expected from the majors in the next couple of years. Besides the panels the workshops/masterclasses will address, music production, songwriting, vocal production, publishing, stage presence, social media, media training etc. For more info on topic matters check the site.

Why should people attend NSRs?
To gain knowledge, to network and to DO bizniz, oh and of course if they want to have fun while doing all of that. As the conference ends in the daytime what can people expect to happen at night?
We’ll have an Industry Night, which is a panel about the industry for young artist/managers/producers/songwriters etc. and a jam session with live band, followed by several showcases. But also a Raps & Beats, where producers can shine with their beats and artists can freestyle on it. Friday Night we also have Dropzone live, showcases by Dutch artists that won an online competition and a CRAZY afterparty called WE LUV HIPHOP with Female DJ Takeover, UK DJ LINKUP DJ’s and Saturday we have the Canadian Blast, a Canadian showcase with 7 Canadian artists performing followed by more showcases and a sexy after party called New Skool Rules and Soixante Neuf present R&B All Stars. In short showcases, parties, jam sessions and more.

What are your three biggest achievements with NSRs so far?
Curtis fields, an American artist that came to audition for New Skool Rules, was picked up by one of the judges and signed a major (more than 5 zero’s) record deal under L.A. Reid’s Epic within 5 weeks after the auditions. We’ve had 976 delegates attending from 31 different countries, with more than 100 press representatives present and having been broadcasted in 165 different countries. Also a Dutch producer got signed under Bangladesh and the same unknown producer was able to do a remix for Lil Jon and Gorilla Zoe within 3 weeks of the conference through E-One Dee Sonoram.

Why should an artist enter the competition with Flavour to win a trip to NSRs?
To showcase their talent for GLOBAL movers & shakers, for the experience, for the opportunity to perform in another country with travel and accommodation paid for and the chance to get picked up and signed by one of our many industry professionals and the press exposure. The prize is worth over 2000 pounds.

What’s the best thing about running NSRs?
Dealing with talented individuals worldwide and creating an opportunity for them to become even GREATER.

What’s the hardest thing about running NSRs?
It’s really grinding 24/7/365 even when you’re sick or tired or when you want to spent quality time with your family and friends.

What are the top 5 songs you’re listening too at the moment?
The New Skool Rules Anthem, Illusions by Maxime Philips, So Sick by Raverty, Remix from Diamonds by Planet V.I. (Formerly Rock City) and actually the New Skool Rules anthem ….I listen to that all day every day!!!

Why did you choose Rotterdam as the location to hold NSRs?
It’s where Epitome Entertainment, the company behind New Skool Rules is based and where I feel like most of the Dutch talent is!

What else is there to see or do in Rotterdam?
Rotterdam has beautiful architecture, nice shops, beautiful people and the same rules apply as they do in Amsterdam if you get my drift (Laughs)

Check out this video of New Skool Rules 2012 event

Henca’s Tips on achieving success
It is important that we set ourselves goals in life; these can be short term, over a longer period of one to five years and also lifetime goals. Tips to achieve are:

These are the rules I try to go by in life, and of course just like everybody else I have good days and great days, but definitely also horrible days!

go by in life, and ofcourse
The All Acces Conference Tickets are €80 for 3 days. Click here to purchase tickets.

For more information on the event please visit their website: http://www.newskoolrules.com