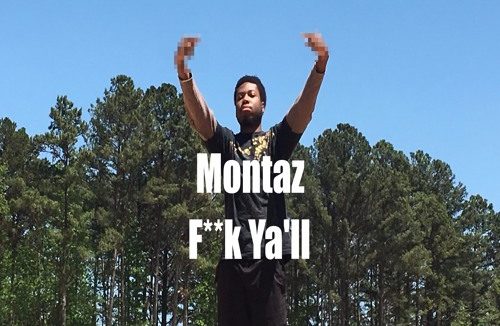 His newest single Fuck Y’all speaks about personal troubles with family members as well as his general issues with the way people are carrying themselves nowadays. Montaz opens up about how his writing process is almost therapeutic, helping him to stay on track and focus on not making regrettable decisions.

Fuck Y’all is a true hip hop track, with that recognisable beat that powers through and a chorus that encourages the listener to be a part of it. The mix of raw emotion with clever instrumental makes this single leave a lasting impression much like many popular hip-hop tracks.

His inspiration comes mainly from other rappers who he listened to at the age of 14. He always related to the passionate lyrics coming from artists such as Wu-Tang, Big L and Eminem.

Fuck Y’all, has already racked up an impressive 800k streams on Spotify within its first few months of being released.

Fuck Y’all is the leading single set to be on his mixtape titled ‘Da Underground’, released on 21st October, ahead of the album release in November (Darkness Amongst Nations.) Montaz is truly hyped about this track and hopes it will become even bigger in the months following the release on 8th June.