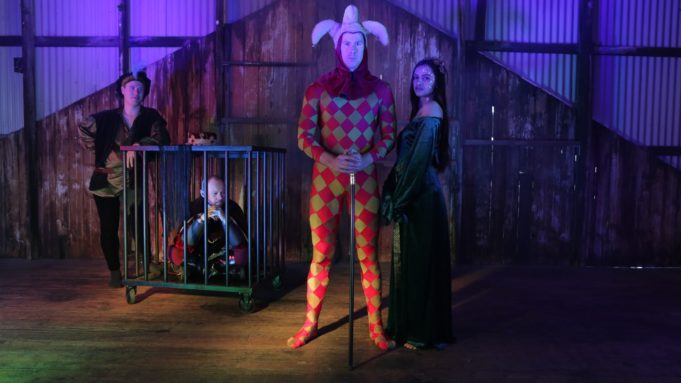 Xander’s new single is a fusion of hip-hop and rock, describing it as glam-hop, a track backed by a raucous medieval music video.

Produced by Forces and Fury, ‘Dance, Monkey, Dance!’ shines a light on tyranny, giving hope towards a fight back in this funk-laden track.

On the single Xander said, “This song is a necessary statement against those taking advantage of others for their own gain. It’s like my mum always said, if you can’t say something nice about someone, they’re probably a total jerk,”

“It makes me want to dance, mosh and goof around like an idiot so playing a jester in the film clip was the perfect fit. I’m hoping to see a lot of limbs thrown around when I play it live,”

The story-telling single is backed by a captivating music video showcasing Xander in a medieval-themed revolt against an autocratic monarchy, directed by creative visionary Sarah Maxwell.

Whether your go-to move is the robot, the foxtrot or walking like an Egyptian, put on your fancy pants and ‘Dance, Monkey, Dance!’ No stranger to being controversial, Xander brings a new wave of energy that revitalises hip-hop. He’s a rapper in his own league, effortlessly combining lyrical story-telling with comedy and a touch of visual theatrics.