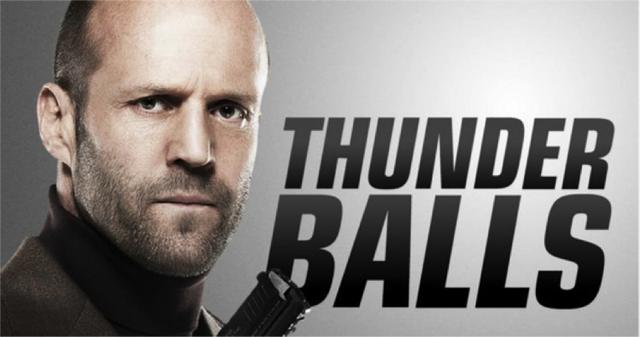 “Stop screaming, you loved it” Those were the words that were left ringing in my ears as I left the screening of “Spy Movie” last week featuring Jude Law and Melissa McCarthy.

In 2015 Hollywood seems to be doing it’s best to put on an empowering façade for women to gratefully lap up while still staggering way behind when it comes to promoting equality at the box office.

The first movie that made me die a little bit inside while watching it was Pitch Perfect 2. Lazy, lazy, lazy comedy is all I can say. If there was anything funny about that movie it was probably how they managed to bring up every single degrading female stereotype they could think of. Oh wait, that’s not actually funny; it’s just sad. Fat Amy is humiliated at the very beginning of the movie because there’s of course nothing funnier than a fat person being humiliated. Cynthia-Rose is a black lesbian that can’t keep her hands to herself and it’s oh so funny watching her sexually harass anyone that comes within ten feet of her, reinforcing homophobic prejudices and making light of sexual harassment all at once! Way to go. Then there was also the charming addition of a Hispanic character to the Barden Bella’s who makes a deportation joke every time she opens her mouth. The sexist, homophobic and racist slurs continue throughout the movie. What could have been a massively empowering all female cast ended up feeling more like a slap in the face. After being left feeling thoroughly disheartened by the previously mentioned I was pleasantly surprised when I later on that week sat through an action packed Mad Max: Fury Road without once having to cringe or take a deep breath so to keep myself from throwing my drink at the cinema screen.

Mad Max has exactly the kind of refreshing approach that Hollywood needs way more of. It’s about a group of escaping sex slaves years after the collapse of civilisation that bump into Mad Max (played by Tom Hardy), who ever so kindly lends them a hand, without stealing the show! Furiosa (played by Charlize Theron) leads the mission and is a badass to be reckoned with. Not only does she literally single handedly kill the tyrannical Immortal Joe in the movie but also managed to upset misogynists all over the globe in reality. Now that must mean she’s doing something right. My faith was restored. But wait, I spoke too soon… Here comes Spy Movie.

What started out as a very promising comedy about a hilarious spy that has never been on the field before but is secretly kick ass at it, began to disintegrate before my eyes as Melissa McCarthy’s character “Susan Cooper” finds herself having to put up with sexual harassment from a co-worker on a number of occasions. And no one bats a lash. I thought that was bad enough but apparently it had to get worse.

It’s in the closing scene in which Susan Cooper wakes up naked in bed next to her co-worker Rick Ford (it’s worth mentioning that this is a different co-worker to the one that was previously sexually harassing her) after a crazy night, seemingly not remembering how she ended up there and so she starts to scream to which ‘Geezer’ Rick goes: “Stop screaming, you loved it”. This is a scenario that is far too familiar for many people, and the last thing you’d want to hear if that happens to you are those words. If you were too drunk to consent and someone took advantage of you and had sex with you; that is called rape. That is not a funny scenario in my book and it definitely doesn’t make for a great closing scene to a hilarious comedy.

Sexual harassment, assault and rape are very real for a whole lot of people.

That’s why I can quite confidently argue that it’s maybe not the best idea to make light of it in a Hollywood blockbuster that’s going to reach and influence millions of people?

To argue that it isn’t an issue is the same as wilfully ignoring the 2013 Ministry of Justice (MoJ), Office for National Statistics (ONS) and Home Office joint Official Statistics bulletin on sexual violence. It states that

And considering that we’re addressing Hollywood here, you might want to look up some even more depressing American sexual violence statistics right here: https://www.rainn.org/statistics

Step it up Hollywood. It’s not good enough.