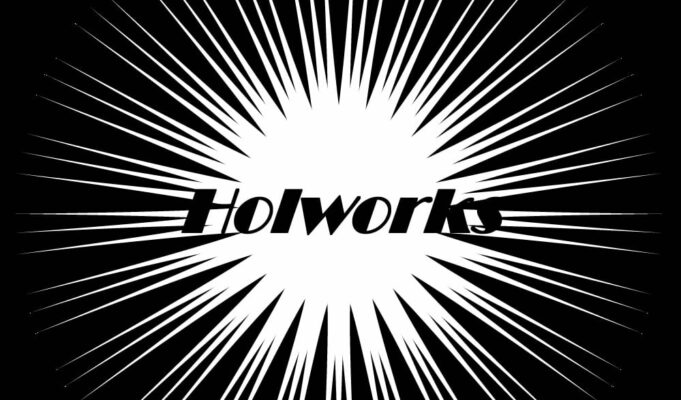 ‘Fall in Line’ is the politically minded new single to come from High Order Language Works, known as Holworks.

Documenting the change and destruction from the point of view of an observer, ‘Fall in Line’ imagines Trump supporters being reprogrammed to fit in with the new Democratic government. Contrasting the upbeat beat and keyboards with the chant-like vocals, ‘Fall in Line’ presents us with an almost dystopian soundscape and concept. ‘Fall in Line’ will form part of the album ‘Open Season’.

In his own words, “Open Season is exactly what is transpiring in America right now beginning with COVID-19 discovery to present. History, brands, culture, and people are being devastated, squashed, or killed in the name of social justice. ’Fall in Line’ is a link to Open Season as it is my look at what a socialist government expects of its people with no questions asked, censored, no free speech, and constant brainwashing tactics employed by the media to have a population act in unison, as one, homogeneous, and free of individuality.”

Holworks brings us wholesome original music, written to challenge expectations and provide commentary on society. observations. With 13 albums under his belt, Holworks is currently working towards album 15. Refusing to let himself be boxed into one genre, Holworks aims to release albums in a wide range of genres, from country to R&B. “I started Holworks Music in 2008, as a publishing company, to copyright and publish songs I was writing at the time. I just finished a four-song EP with friends in a local studio on my dime. I had no band, yet I did have a clear vision of that first album” says owner and creative force Mark S. Holman. After discovering Audio Blocks where he could record with samples and pieces of audio recorded at high quality changed the way Holworks could create his music. “I listened to what they had to offer, made selections from those I felt a kinship to, then cut, pasted, and embellished as needed to complete songs in a variety of genres.” says Mark, who is hoping that his latest release will help him connect with the right people to take his composed music to the next level. “I believe I have several Grammy contenders should I find myself in a room full of talented people. I do dream after all.”