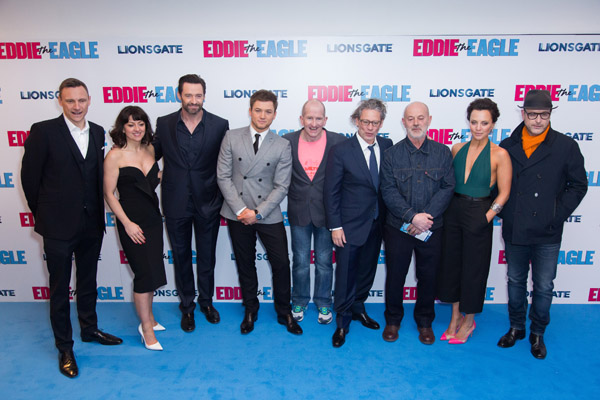 Last night saw the cast and crew of Feel Good Film of the Year, Eddie The Eagle, Directed by Dexter Fletcher and starring Taron Egerton and Hugh Jackman, descend upon a blue carpeted Leicester Square for the film’s European Premiere.

Jackman and Egerton were joined on the blue carpet by stars such as Jamie & Jools Oliver, Lawson and Piers Morgan as well as director Dexter Fletcher, producer Matthew Vaughan and Eddie “The Eagle” Edwards to celebrate this fantastic film.

Take a look at the picture gallery and footage from this very special night.

Eddie The Eagle European Premiere
1 of 17

Eddie The Eagle is out in UK Cinemas East Monday 28th March.