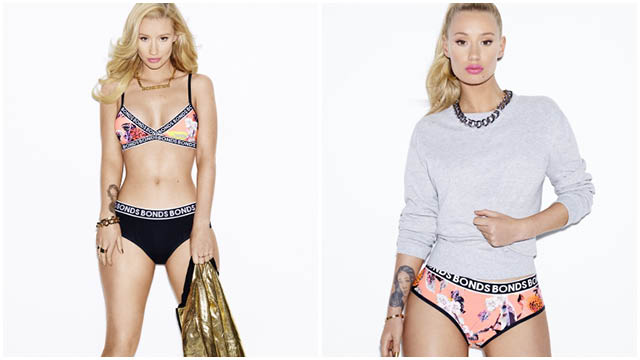 Our favourite potty mouthed rapper Iggy Azalea has been named as the face of Bonds underwear. Is this simply yes very sexy images, Iggy Azalea uses her star power in these awesome ads which see Iggy Azalea strip down to her underwear for the 2015 campaign.

The fashion labels says in its press releases…

“As a great role model for women and a long-time fan of Bonds, who grew up wearing Bonds hoodies and undies, Iggy’s down-to-earth attitude makes her the perfect fit for Bonds,”. Iggy Azalea photos are for the new basic range and follows on from its 100th anniversary campaign which was lead by supermodel Miranda Kerr.