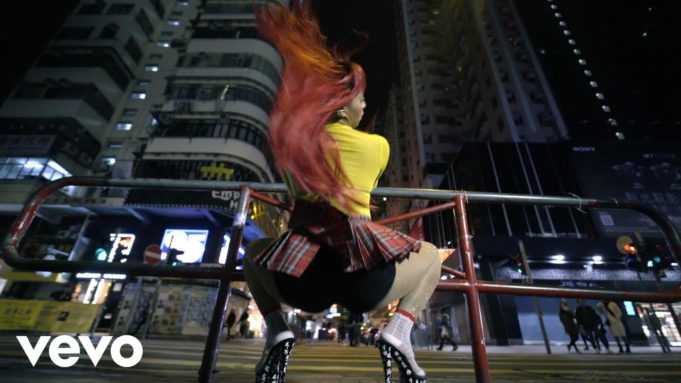 Iggy Azalea – Mo Bounce: Watch Iggy Azalea twerk throughout the whole video. Has it been worth the wait? You decide.

Iggy Azalea has finally unleashed the video for ‘Mo Bounce’ her new single from her new album ‘Digital Distortion’.

Iggy Azalea has been feeding us on social media with sexy photo’s in cut out swimsuits and twerking video’s and now the new video has been released so that wait is finally.

Well let’s just say that the song probably isn’t as colourful lyrically as the video is visually, however, Iggy still rocks the rhythm with her cool rap style.

The video is a visually colourful feast of booty shaking (nothing new here) crazy outfits and errr more booty shaking.

“Mo Bounce,” produced by Stereotypes and Far East Movement, is the new single from DIGITAL DISTORTION, Iggy’s highly-anticipated new album, the follow-up  to her 2014 debut, The New Classic.  The “Mo Bounce” video, shot in Hong Kong by director Lil Internet (Beyoncé’s “No Angel”), out now.