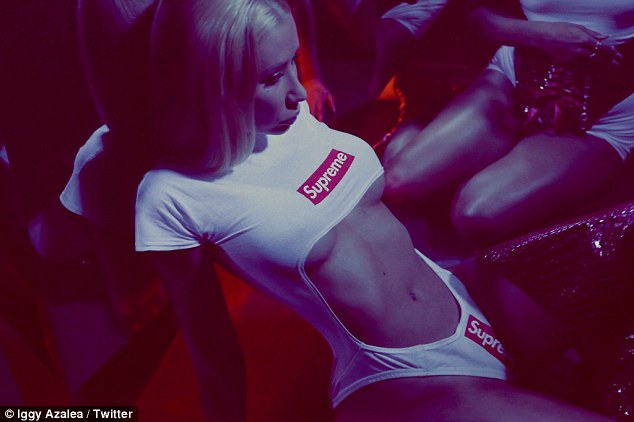 Iggy Azalea has posted a set of super racy images on her instagram account, rocking a custom-made Supreme Bodysuit that leaves little to the imagination.

Along with some seriously sexy thigh high boots and a provocative pose that even a gymnast might find hard to do, Iggy Azalea is making sure that she stays in the news, since see revealed the release of her latest single ‘Cant Lose’ featuring Lil Uzi Vert.

The images where all captioned ‘#MoBounce’ which is rumoured to be a track from her upcoming album ‘Digital Distortion’.

Check out the images below

We’ve are intrigued to find out, who the other lady is, in this photo. Any guesses?

These images also come after the release of a a few twerking videos, which always seem to generate traffic these days.

All thats left for us to do is await the album and the songs and the errr sexy videos that will entail and see if Iggy can remake her spectacular entry to the music scene with the sequel.

p.s. If anyone knows where to buy the Supreme Bodysuit then let us know by leaving your comments below.

Wanna re-create Iggy Azalea’s Supreme Bodysuit look? Here’s some cut out bodysuits that will give a similar effect