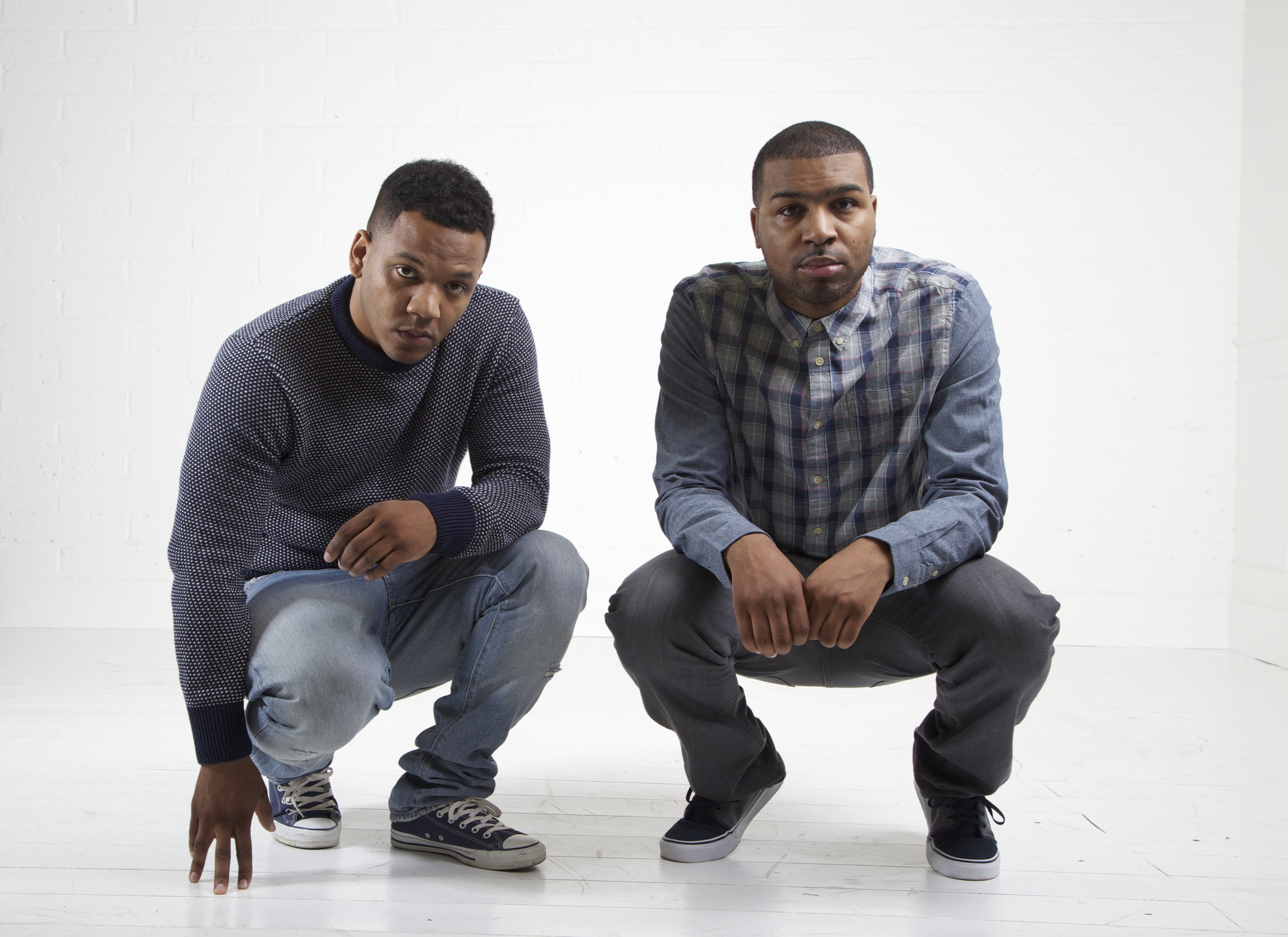 Ill Blu are the productive duo Darius and James that were part of the huge scene of Funky House where they contributed bangers like the Nate Young flex I Wonder and the massive Say Yes which was an anthem on every level-huge.

More recently they have been behind bangers from Sneakbo and The Wave-this track actually not only showed their talent but also showed their huge productive versatility-indeed this versatility has enabled them to transcend the Funky movement. While Funky has in many respects gone into decline in terms of popularity (certainly in London) Ill Blu have proven their productive credentials.

After somewhat of a lull in terms of putting out material as Ill Blu they make a welcomed return with their new cut Fall Out featuring Jake Isaac. It’s not an over statement to say this is a huge atmospheric banger that has to be destined for club but ultimately festival land.

I got a bit of time to chat with the talented duo about Funky House but more importantly about their direction and their fresh music.

Ok before anything let’s get a brief history about how things really started to take off for the Ill Blu crew?

Darius-Well things really started in 2009 when we remixed the Shystie track Pull It and then things gained momentum from there really. We then did remixes for the MJ Cole track Gotta Have It, Shontelle on Battle Cry and music for Roll Deep. We were doing a lot of remixes and so we decided to slow down on the remix side and we started to produce our own stuff and produce for other people.

James-We then started doing a lot of productive work with people like Princess Nyah but then people started to ask for music from us so we decided to do the EP.

Ok so let’s first talk about a typical recording session with you guys-if there is such a thing?

Darius-Sometimes you can just click on the first session and other times you are building and learning with each other over a period of time.

James-Sessions really are built on your personalities and if they click, if you enjoy the same music then there is a common ground and there is a musical understanding so if I say ‘pop’ the artists understands automatically what I mean because sometimes people can have different views on what is ‘pop’

Is it problematic when artists come to the studio and they are not really sure what they want?

James-It is problematic when artists come and they literally want you to make a sound for them even though they are not really sure what they want. You might think you have the direction for the artist and then an hour later they are saying that they do not like the sound. The issue comes when the artist themselves cannot articulate exactly what they want.

Darius-Seeing a lot of artist in the UK they are confused about what sound they want because so many people are telling them to do different things and telling them what type of artists they should. They want to do something that is credible and pop and underground-you cannot do everything.

Is this issue really as simple as not having a direction?

Darius-I think so. They are given the wrong ideas and they are given so many different ideas that it just makes it difficult for them to create their own sound-if you want to do pop just do it and do not change for anyone!

I assume this issue regarding direction changes when you specifically called an artist in to work with you.

James-When people are coming into work with us on our projects, we already know how we want our projects to go and so that makes it easier.

You were part of a group of people that made Funky House a huge scene, now it seems to be less popular-what has happened?

Darius-During that time there was a strong demand for the Funky music because there were no outlets for it you could not just buy it and so they had to come to you direct. The scene was so small they had to pay that premium to get that dub-plate-now it is not viable people just want to have your music.

James-Funky House was bubbling say from 2006 but I feel that the reason it did not go where it should have gone is the fact that the guys that were spearheading the movement got a big hit record in the game and then tried to jump ship to rnb, hip-hop instead of trying to push the game.

Darius-The only person that really kept with it was Donaeo who kept releasing hits-the others were just using it as a stepping stone. I think then Funky got a bit harder and it was not song based where people could sit down and listen to great melodies on a Funky beat it was more angry vibes and so you had to be in the clubs to experience it-funnily they still go crazy for it up North but it is London where we have shut the door.

So new music let’s talk about Fall Out which is huge on every level.

Darius-Well Jake who features as the vocalist came to the studio and we did not know what was going to happen but it was strange but we all just clicked and it just happened. We have similar tastes so we recorded the track really and then we went about arranging it and so it was a track that really happened smoothly.

So this is obviously the first of many new tracks to come from you guys-what’s the flavour on those next releases?

Darius-We have some other singles we will be releasing later in the year but it will be a bit more of things like Fall Out Boy but it will be more energy and more amped (not crazy). Fall Out is kind of just cool but energy level wise the next singles step up.

So who have you worked with on these new tracks?

James-We have worked with quite a few relatively unknown artists who have been involved with good projects in their own right. All of our singles have vocals currently we have a guy called Seyi who came to the studio and heard some tracks so the future looks bright regarding a possible collabo.

(They actually gave me a sneak listen to the track and it is safe to say that is a banger waiting to be unleashed-told you guys I wouldn’t leak it!)

What about live performances you must be incorporating that because tracks like Fall Out definitely lend themselves to a festival vibe?

Darius-We are not doing the whole full live set at the moment- but moving on it is going to be electronic live sets. You are not going to get a man playing trumpet but you will get your MPC and pianos-it will be a real visual thing so stay aware for that.