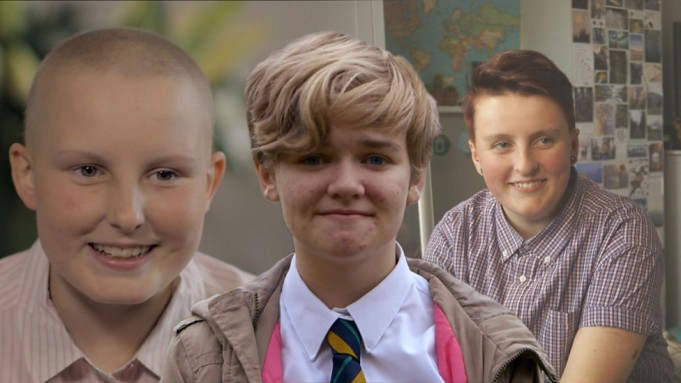 BBC Radio 1 applauded three inspirational Teen Heroes, together with celebrities from the online, music and entertainment world in style today (Sunday 8 November) at BBC Radio 1’s Teen Awards – one of the biggest events in the pop calendar.

NEWSFLASH: Pop superstar Justin Bieber surprised fans at this year’s Radio 1 Teen Awards when he took to the stage performing three of his hit singles.

The singer performed his chart topping hit ‘What Do You Mean?’ and top ten hit single ‘Where Are Ü Now’, both from his upcoming album Purpose. Bieber also performed hit single ‘Boyfriend’ from his 2012 album Believe.

The singer who recently appeared on Radio 1’s Breakfast Show with Nick Grimshaw, wowed  a crowd of 9,000 teenagers aged 14- 17  at the SSE Wembley Arena on Sunday, 8th November.

The star-studded event, held at the SSE Wembley Arena, saw The X Factor, The Hunger Games: Mockingjay Part 1, Ed Sheeran and Joe Sugg all winning awards in the celebrity categories, with One Direction scooping the most coveted award of the night for Best British Single for their track ‘Drag Me Down’.

The glitzy award ceremony, hosted by Radio 1 Breakfast Show host Nick Grimshaw and co-hosts Demi Lovato, Rita Ora, The Vamps and Troye Sivan, celebrated the achievements of three very special Teen Heroes – 14 year-old Alice, a carer from Gloucestershire, 14 year-old Rosie, a fundraiser with a highly malignant primary brain tumour from Coventry; and 16 year-old Aaren from Bristol who was born with gender dysphoria – each chosen for their incredible courage and exceptional achievements.

Little Mix, Nick Jonas, 5 Seconds of Summer, All Time Low and Demi Lovato electrified an audience of 10,000 animated 14- 17 year olds with performances, whilst Justin Bieber stunned the crowds as a surprise guest, performing ‘Where Are Ü Now’, ‘Boyfriend’ and ‘What Do You Mean?’.

When taking to the stage to collect an award on behalf of One Direction, Radio 1’s Greg James announced that the band will be on Radio 1 this Thursday (12th November) to perform a very special Live Lounge.

The awards were voted for by Radio1’s listeners. This years’ full list of winners are: 14 year-old Teen Hero Alice was a young carer for her mum, who has severe substance and mental health issues, until she was taken into emergency foster care last year. Alice has been involved with Gloucestershire Young Carers for around five years. Despite a desperately sad and difficult home situation, she has always shown bravery and selflessness in how she cared for her younger sister. She has become a young leader in a group that supports junior school aged young carers – giving them a break from their caring role and helping them cope with their home situation. She’s worked hard to educate adults who work with people like her mum, helping to write a book entitled Parents, Pints and Pills, which aims to support young people in a similar situation. She’s also helped to create a video which captures what it’s like to live with a parent with poor mental health, raised awareness of young carers on local radio and been part of high-profile fundraising events – including with a member of the Royal Family. In 2012, 14 year-old Teen Hero Rosie was diagnosed with Medulloblastoma – a highly malignant primary brain tumour. Despite undergoing treatment for the life-threatening illness – including a nine-hour operation – Rosie continued to go to school and enjoy her passion for horse-riding. She also decided to give back to the charities who had given so much help to her. In spite of her illness, she ran the Race For Life in Coventry and embarked on a fundraising drive across local department stores. After being treated successfully, Rosie’s cancer has returned – twice. Incredibly, this hasn’t stopped her from raising thousands of pounds for cancer charities The Little Princess Trust and Teenage Cancer Trust. Teen Hero Aaren has been very courageous in speaking out about the mismatch between his biological sex and gender identity. Aaren was born with gender dysphoria – suffering from depression and anxiety because of the difference between his male gender and biological female sex. He had the courage to explain his situation to his school counsellor and, when he turned 16 on 1 March this year, his dad sent a text around the family asking for them all to treat Aaren as a boy. Because of Aaren’s courage in explaining and publicly coming out about how he felt, another younger pupil at his school can now use the toilets and changing facilities of the opposite sex, and change their identity on the school register and exam papers. Staff have also undergone LGBT training.

The nominees and winners for the celebrity awards in full are as follows: